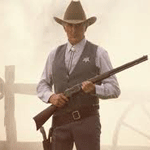 Some bear raiders are on the pitch...they think it is all over: it is now! Nope not West Ham winning the World Cup but the stockmarket career of AIM fraud Cloudtag (CTAG). Nomad Cairn has brought forward its resignation from April 10 to last night, the £975,000 placing announced last week has been pulled and it is ouzo time for me while on the council estates the LSE Asylum rampers gnash their teeth. Come on guys, say it slowly "Yet again Tom Winnifrith was right and we are morons, we apologise for all the abuse we gave him, the Sheriff of AIM rocks!"

In today’s bearcast I discuss how little shorting actually takes place on the AIM Casino, I look at Eurasia (EUA) where the slience is deafening, Versarien (VRS) and at Hammerson (HMSO) where Andrew Monk should thank me for warning him off but should NOT be tempted to bottom fish after the dividend is cut this week. And 8% yield, post cut, is still illusory. Finally, I again ask you to sponsor the , now 5, Rogue Bloggers for Woodlarks HERE