Telit – auto sale delayed how does FinnCap sign off on such nonsense with a straight face? 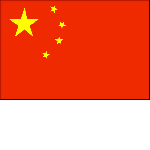 As I warned would happen yesterday, the sale of Telit’s (TCM) auto division to Hong Kong based TUS has again been delayed. We are now told that it won’t meet the 31 January (new) deadline but will happen on or before 20 February after the Chinese New Year. Whatever… the statement itself throws up an enormous red flag, how on earth Nomad FinnCrap (FCAP) signed off on this crap defies belief…it is almost as if it is only in it for the retainers and does not care about doing its job properly.