Ash Sarkar, did you really go into journalism to do this?

I do not agree with the politics of communist journalist Ash Sarkar and she says some remarkably silly and insensitive things. But, as a believer in freedom, I defend to the utmost her right to say and write as she pleases, just as I defend other figures such as Sasha Johnson of BLM. Her right is to offend me with her ludicrous views. I also have a lot of sympathy for Ash for the way that she is attacked. 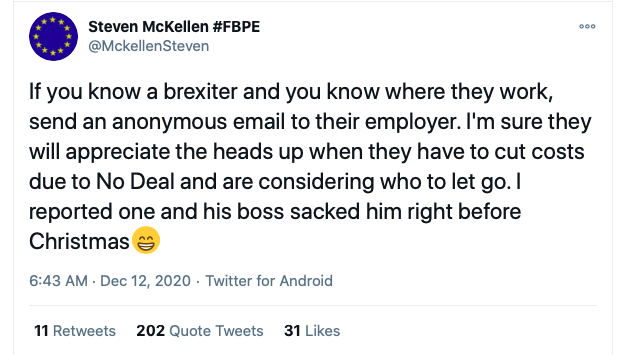 No one is still quite clear what Olivia Butterworth does to justify her six-figure salary as Head of Public Participation for NHS England. We know that she tweets out lies about the Tories to bash them and thinks that celebrating Virtual Pride is more important than treating cancers. But what does she do? Well, it seems she attacks women who have suffered domestic violence. If this was a male employee of the NHS, an ordinary Joe administrator, he’d be getting a P45 today, but will the NHS show a true commitment to equality and fire Ms Butterworth?

Tom Winnifrith Bearcast:Things that piss me off big time about the Concepta placing although the shares are dirt cheap

I am hard at work preparing for my annual treat of lecturing the snowflake sociology students of the Mrs, as a break from the normal Guardian reader behind the lectern they have me tomorrow. Game on.  I cover utterly worthless shite that is roofing it, notably Mayan Energy (MYN) and Cogenpower (CGP).  I point out that in the end gravity reasserts itself - see Servision (SEV). I lament what went wrong and how it could have been avoided at Fishing Republic (FISH) and BOS Global (BOS). I suggest what useless Mrs May should do on Brexit and then look at the Concepta (CPT) placing. The shares - which we own - are now dirt cheap. But I am still well fucked off with various aspects of today's £2 million placing as I explain.

When my Uncle Chris went on his first of his many honeymoons it was to the Mani where the Greek Hovel stands. Back in the early swinging sixties it took him more than a day to get here from Athens. That has all changed. There is a super fast Motorway linking the capital to this part of the world. But for as long as I can remember it has stopped just short of Kalamata adding another 20% to your travel time as you are forced to wind your way through suburbs and back streets. Yesterday I discovered that this has all changed.

For reasons that I shall go into at another time, I found myself in East Oxford with time to kill and so wandered into a rather scruffy looking cafe where the locals head in for a slice of granola cake and fairtrade coffee produced in a Nicaraguan commune. This is a middle class enclave where houses cost £600,000 but where everyone votes Labour, Lib Dem or Green and where Tory is a four letter word. It is easier to buy weed than a copy of the Daily Mail and on June 23rd anyone who did not vote Remain was outed as an intolerant bigot and drummed out of town.

I strolled in past two old codgers who were discussing some crime or other that the evil capitalists had committed and how the workers could put the world to rights. I found a seat, plugged in my laptop and ordered a coffee.

The Lady from the British Council said sod the Greek peasants "what about the environment?"

It is too cold to stay up at the Greek Hovel so I am in my bolt hole of choice, the most excellent Pharae Palace hotel in Kalamata. It is far from packed but there is some activity as the British Council is organising exams for bubbles who have been learning English.

Over a healthy muesli breakfast, I chatted briefly to the two other people present, ladies a bit older than myself who were there to invigilate the exams. One complained that whenever the windows of her room opened she could smell olives and she did not like the smell. Hint Madam - don't come to Kalamata as you do know what it is famous for don't you?.

The obviously middle class lady, who struck me as one of life's utterly joyless Guardian readers,

Petropavlovsk: Al Gore made it all up about global warming - buy

As a climate change "denier" I have written elsewhere about how global temperatures are plunging not, as the BBC might lead you to believe, heading higher. You can see a recent article on that matter HERE. And thus Petropavlovsk (POG) serves up news from Russia which does not surprise me, but which might shock your average Guardian reader.

As its #WorldVegetarianday for lunch I enjoyed a juicy...

Crab and lobster burger did nicely for me. But as it was world vegetarian day I also pinched a bit of bacon from the plate of the Mrs. Tonight I am not sure what we are having but it will not be rabbit food.

More Lynx = Fewer ramblers - good news all round for Britain

The National Farmers Union has warned that releasing lynx cats back into the wildlife, so bringing natives species back to Britain, will mean more attacks on ramblers. Good news, where can I donate to the good work of bringing this wonderful cat back to the UK?

An assortment of sixty indigenous organisations and Guardian reader-infested eco-loon NGO groups have slammed AIM listed United Cacao (CHOC) demanding that it be slung off the AIM Casino. Cacao has put these parasitical lefty scumbags firmly in their place with a statement this morning pointing out that the lefty scum are, simply, lying. I am delighted to be a shareholder in Cacao (post Saturday) - I don't care where its shares go I want to stand shoulder to shoulder in the fight against Trustafarian tossers working for NGOs to make people in poor countries even poorer.

It is #WorldMeatFreeDay - so what will I be eating? Meat for every meal.

All world something days are a joke dreamed up by fools in the non-productive sector to waste our time. Okay, not all. #WorldGinDay was a serious occassion which the Mrs and I duly celebrated. But today is a joke of the highest order.