Natch, some folks, like Darren Atwater, leap to the conclusion that Joshua headed to school dressed as Harry Potter. Au contraire. He is, of course, a Welsh wizard who even as a boy performed miraculous feats. That is to say Myrddin ap Emrys or, as thee infidels over the river In England might say, Merlin. And, yes, that is a home made wand made by yours truly.

On 17 September 2011 it was announced that Simon “Harry” Potter was to become CEO of Bahamas Petroleum (BPC) with the shares ending that day at c9.3p. Last year Potter trousered £375,000 as CEO so it is fair to say that his nine and a half year gig has cemented his position as a millionaire. But what of those dirty grubby peasants the shareholders? How have the hoi poloi prospered? Over the years I have repeatedly warned about the ramping of the shares, the extremely suspect financing arrangements and Harry – watch me make your ISA disappear, its magic – Potter’s ample rewards for failure.

Is the Mrs reading Grazia Magazine grounds for divorce?

Back in the UK I sit at my desk looking out on a quiet surburban road. It is all very different to the view from the rough table at which I write at the Greek Hovel. I see people, cars and neat brick walls rather than olive trees, sheep, the abandoned monastery and the wild of the Mani countryside. Here in Bristol, I also spot in a magazine rack next to my desk a copy of Grazia magazine.

Once every three years, the long suffering shareholders in AIM casino listed Bahamas Petroleum (BPC) get the chance to get rid of CEO Simon “Harry” Potter – the next chance is next week and this is why I urge all investors to send Harry packing.

You are Harry Potter’s Dad Aren’t You? No you really are! 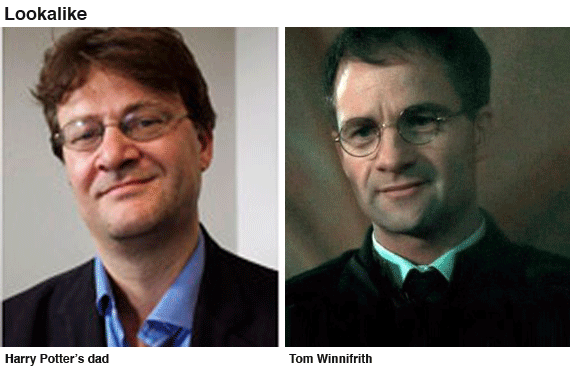 Old photo – I am thinner now…

A charming group of three young people were the last customers at Real Man Pizza Company. on Friday. I managed my best ever Linguine Manx for the young patent lawyer who was paying and that seemed to go down well which pleased me greatly – not the money just the achievement. If you are not au fait with Manx-Italian cuisine, linguine is a bit like spaghetti and the (home created) dressing is based on crab with parsley chopped into the sauce which has a tomato backing but also a bit of chilli, garlic and a dash of Manx vodka (a drink unique to RMPC). And the main ingredient is a dozen or so Manx Queenies (scallops) gently pre-fried in garlic. I served with more parsley chopped finely on top and it looked as great as it tastes. I really am getting the hang of this…

It was the last dish of my day (our busiest day in the year to date) and so I chatted with the customers one of whom stared at me and said “You are Harry Potter’s Dad aren’t you?” I was bespectacled that night but I promised that I have not been moonlighting in recent years as James Potter. I insisted vehemently that I was not Adrian Rawlins, the actor who played James Potter. To which I got a Christine Keeler (or was it Mandy Rice Davies) “well you would say that.” I promised that I was not and turned the conversation round to how on that very table (Number 12) that very afternoon, the actor Ken Stott was lunching. We chatted amicably as we both used to hang out in the Rivington Street Grill a few years ago.

Going back home afterwards I stared at myself several times in the mirror. Other than thinking how the white flecks in three days of stubble made me look rather old, I concluded only that I look nothing whatsoever like the actor who plays James Potter. A very pleasant girl but what was she thinking?