64 days ago I wrote of my visit, no pilgrimage, to Grantham, the birthplace of Margaret Thatcher, the most remarkable Prime Minister of the last century, if not of all times. Grantham is an unremarkable little town and it is Thatcher that is the only reason to put it on the map. Yet there is no statue to this great woman in the town and that is something Labour councillors wished to rectify. Yes, you read that correctly. Well done the people’s party.

Yet when it came to the vote on a Tory run council not one conservative voted in favour of the idea. Are they ashamed to honour the greatest leader of their party and the most famous person from their town? Do they not appreciate the economic advantages of talking up Thatcher town in terms of attracting increased visitors? Or are they Call Me Dave Tories who would rather spend the cash on a statue of Tony Blair or a new centre for hosting civil partnerships/helping Romanian immigrants claim benefits/windmill on the town hall roof?

If you find yourself in the Grim North and wish to visit Grantham you too can – as I did nine weeks ago – stand outside the small corner shop where Lady Thatcher was born and grew up, with just one small plaque on the wall to note this fact. And if you see a local Tory councillor while you are there remember to kick his stick away and tell him why he is a total scumbag. 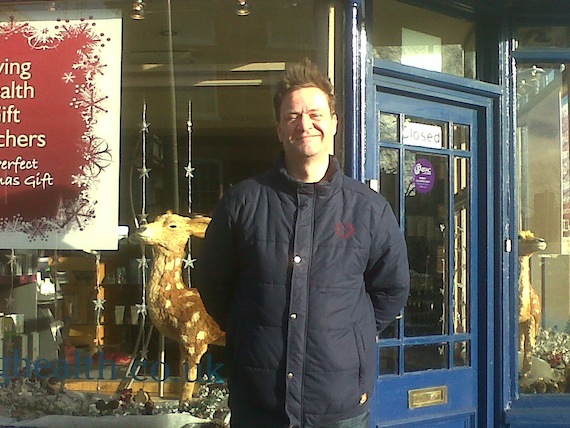 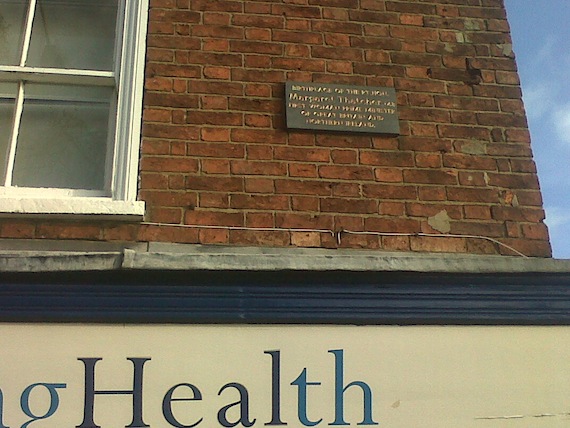 Visiting the Birthplace of Baroness Thatcher

And so I found myself in the grim North this morning and being just down the road from Grantham thought that I would pay a visit to the birthplace of Britain’s greatest Prime Minister. I cannot say that I see much to take me back to Grantham. Baroness Thatcher was born above the corner store owned by her father Alderman Roberts. It is a couple of hundred yards away from the town centre but not on the posher side.

These days the store sells holistic nonsense as you can see in the photo below. What strikes me is just how small it is. Thatcher was a leader born in truly humble surroundings. A small room, above a small shop, in a “secondary” part of a small town. When she suggested that others pull themselves up by their bootstraps she knew what that meant as that is exactly what she (and I imagine her father) did themselves. Her background made her the great leader she was. Just like Call Me Dave’s background made him, er……

The fact that the person who not only became our first female PM but was without doubt the dominant figure post WW2 in British Politics was born in this town is almost unmentioned. That is to the eternal shame of whichever tossers are in charge of the town. All one can see