Photo Article: The escape hatch at the Greek Hovel for daughter Olaf as George says words no father wants to hear

It has been troubling me deeply that in the plans for the Greek Hovel, the room known as the bat room will not be connected to any other part of the house. Since this bedroom will be for daughter Olaf, who will be 16 in exactly one week's time, I worry what happens if she gets scared by a noise at night or sees a snake? Heading out through her front door into the dark is hardly practicable. So I have changed the plans.

As you can see, from this picture taken in the rat room, a hole has been knocked between the bat room and the rat room which will be connected via the big new extension to the rest of the house. George the architect was worried that the wooden door, which we will install, might not be very high but I assured him that it would only be used in emergency and that Olaf is not very tall anyway.

But she is sixteen said George whose own daughters are not yet one years old. I nodded. "Pretty soon she will be bringing a boyfriend here and so you won't have to worry". He laughed. George, my friend, you will not treat these matters with such levity in a decade and a half's time. I was not laughing and explained what lay ahead to him. Some subjects are better not discussed or even contemplated. 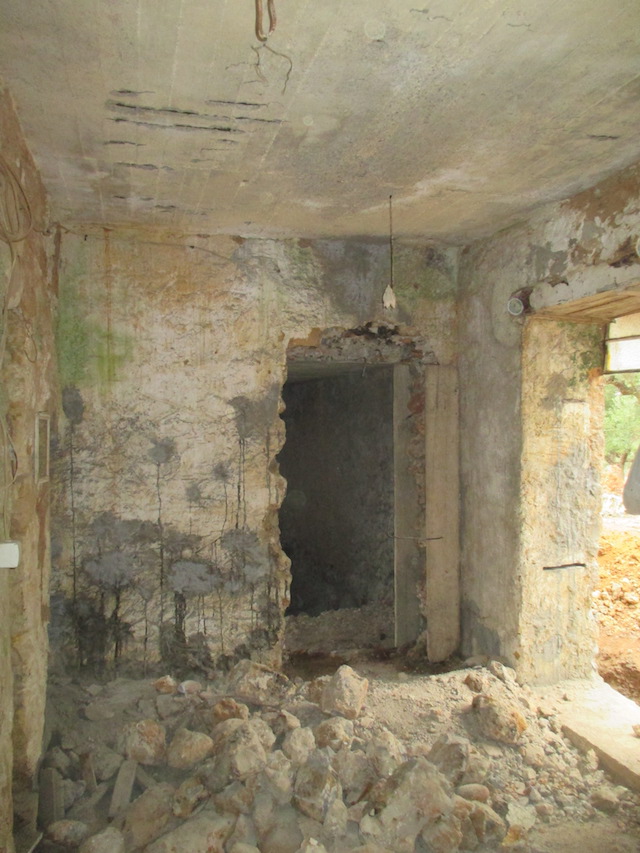