There seems some scepticism from, inter alia, daughter Olaf, that any progress at all is being made in turning the Greek Hovel, our 100 year old farmhouse, into a habitable palace. Ye of little faith! Let me show you three photos.

The first is the view from the only room which has been inhabited in modern times. that is to say it is where I have stayed. The ghastly modern metals windows and plastic shutters have been removed. This view is across the valley to the other side where the deserted convent and not a lot else is situated. 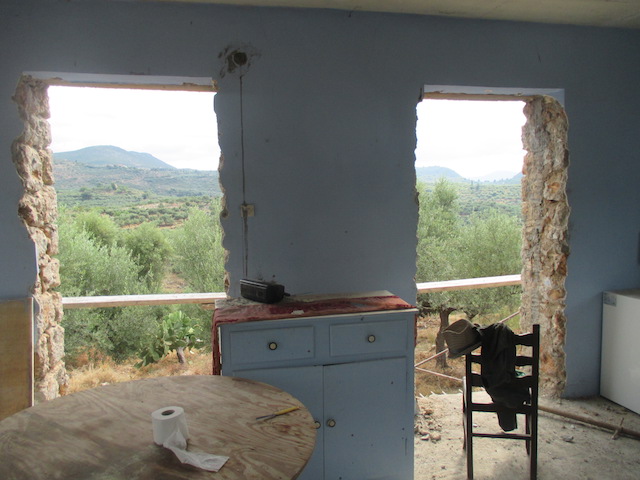 Photo two is from some old stonework from the 1950s when the Hovel was rebuild after being torched by the commies in the Greek Civil War. as you can see it is rudimentary. 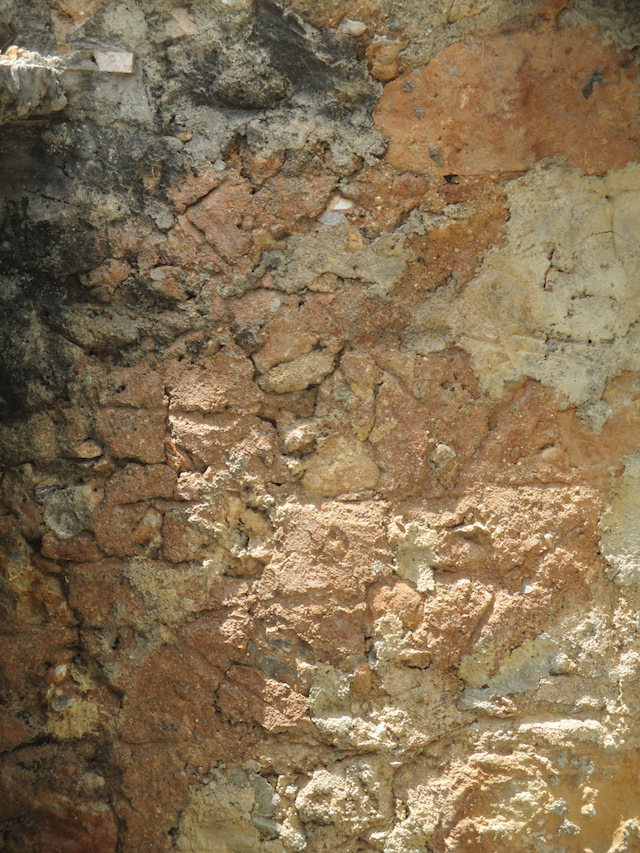 The third photo is of a window on the front of the house as you approach it. Beneath that window there used to be concrete breeze blocks put there in the 1980s by former owner vile Athena. As you can see they have been removed and replaced by old stone which has been crafted in a far more attractive way than the work from the fifties...real old style. 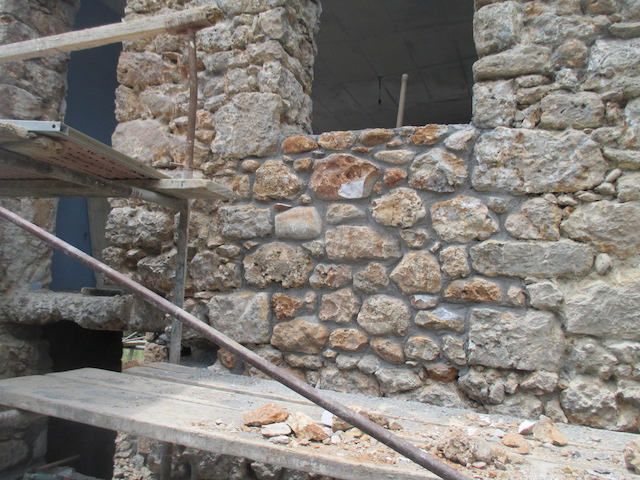 The workmen are now working their way around the hovel removing ugly concrete plastering from the fifties and later and re-pointing old stone work so that it all looks like our newer work, that is to say as it would have done a hundred years ago. See Olaf, that is real progress.