Photo article: "hearing" the silence of a snake at the Greek Hovel

Gosh I am brave and show it my devotion to you dear readers. The other day I was working in the fields at the Greek Hovel in an area where the grass is long and the frigana slashing involves wading through that grass. I trod carefully and heavily as I have had wildlife diversity encounters in that area before.

And then I heard it. Well, I did not hear it, that is to say the reptile but I heard the grass moving, a couple of yards to my left. Those who have met me at investor shows will be aware that I am a little hard of hearing but in the silence of the snake-fields your average post can hear almost anything happen. And after a while your ears can, as they sometimes say in Greek, "smell" the different noises.

A lizard makes one noise in the grass as its little legs scuttle rapidly, crushing small stems but brushing very little aside with the swish of its tail. On the other hand as a snakes' body creates great ox-bow lake shapes as it speeds through the grass its powerful muscles push the blades violently this way and the other.

I turned to the noise but the grass had bounced back quickly and no shape was visible. But the sound was clear. It was a snake and it was fleeing from me. It must have heard what a feared snake killer I had become on the serpent grapevine.

Emboldened by this as I drove back to the village a bit later I stopped off at the dry river and glanced at the last remnants of water in the last pool of water where I had spotted "eels" a few weeks earlier. Bravely I got out of my car and approached the stagnant waters to bring you the photo below. Clearly my reputation as a snake killer proceeded me as once again the vipers had fled. Cowards! 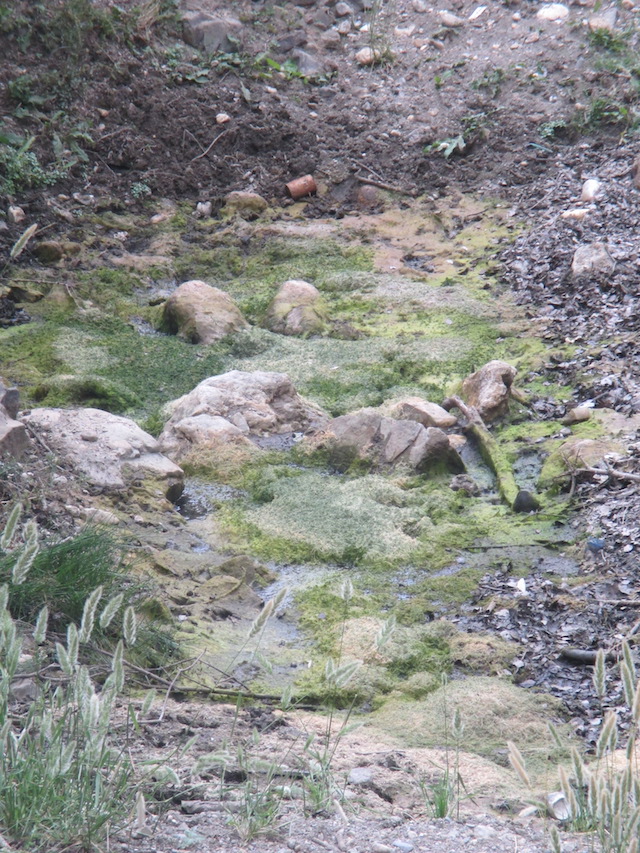