Photo article: Olaf it's here! The first eco-loo lands at the Greek Hovel

As you may have gathered, both the Mrs and daughter Olaf have suggested that lavatories are a bit of an issue at the Greek Hovel. Both are unconvinced about my solution of eco-loos. Well girls, prepare to be shocked. The first eco-loo, made by the same chap who crafts the doors and the Bat Room Bed which has also arrived, has landed as you can see below.

The bed raised a bit of an issue. The slats are of the wrong wood so are being sent back. The eco-loo will be up and running shortly but will only be "christened" in July when the humanure pit has been created at what is becoming the eco-palace.

In case you are worried about smells. There are three points to make. First - put the lid down. Second there is an extractor fan thingy in the loo closet and, thirdly, in the closet there will be a bucket of fresh sawdust and after using the eco loo you are mewant to throw in a handful or two. That soaks up liquid, negates smells and also is part of the decomposition process in the pit which after a couple of years will be yielding rich "black earth" which will be used to boost the yield on the olive trees.

I am sorry to be so graphic but these things need explaining to folk like Olaf. 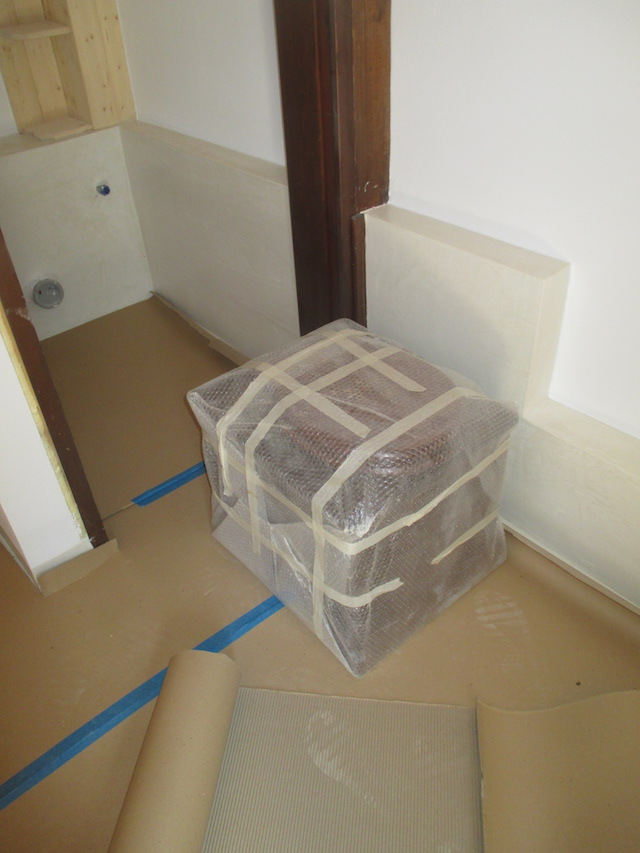