I explained a couple of days ago how a sweating, lying, wretched Bulgarian xxxx was too much of a pooftah to do as he was paid to do and bring a van load of goods from Bristol right to my front door at the Greek Hovel But we made it thanks to my heroic Greek workmen as you can see below.

The books, tables, wall art and chests of drawers plus four Belfast sinks were transferred from the white van of the wretched Bulgar to my hire car, a jeep and a workman's lorry as you can see in the first photo below.

The sweaty Bulgar did little of the shifting, that was down to myself and two burly Greeks. Up at the hovel we shifted the stuff inside the now completed and secured bat room. The second photo shows a heroic Greek carrying a Belfast sink as if it was a pillow case. The box in which the sink was has strict elf 'n safey wording about how it must be lifted by two men. Maybe it is the overt and shocking sexism of that warning that caused the Greek to ignore it?

And now everything, including a new purpose built mattress for an unusually sized bed, sits in the bat room waiting for my return in a few weeks when I shall be staying up at the hovel awaiting the arrival of the Mrs, Joshua and Olaf. 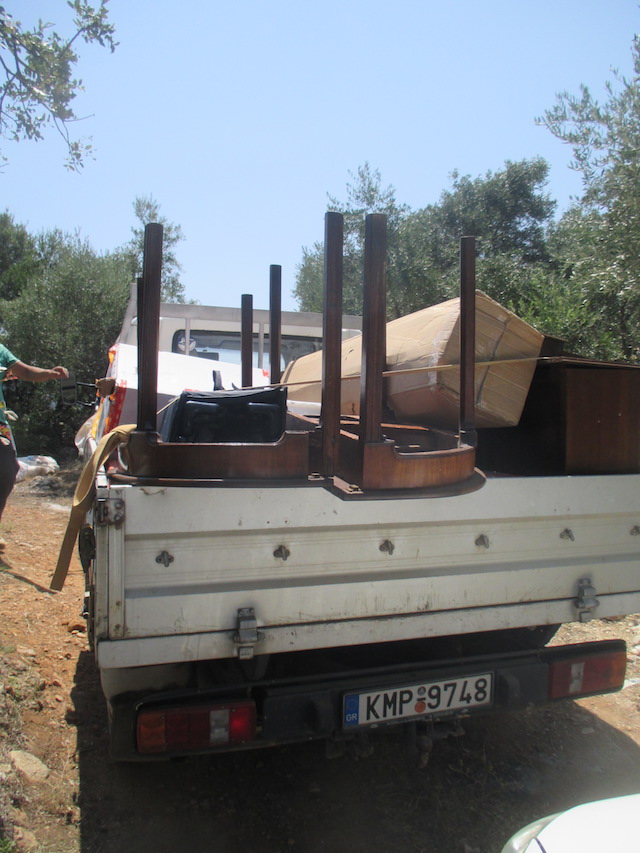 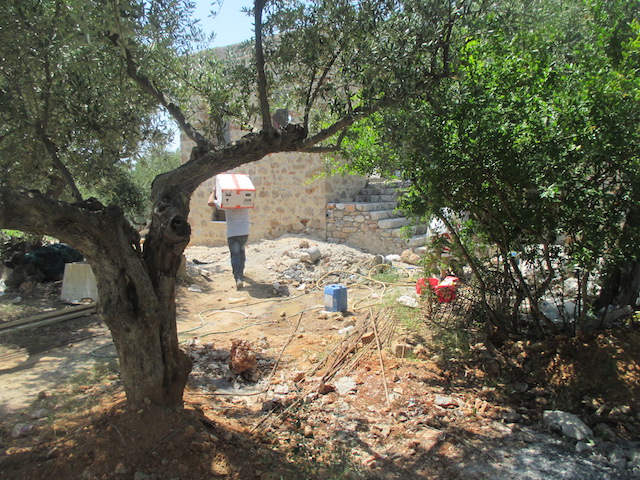 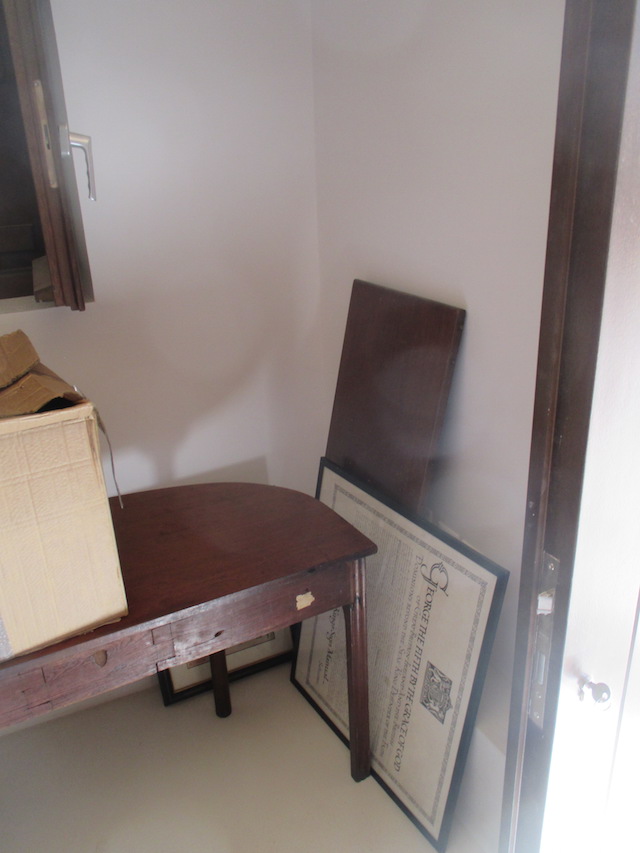 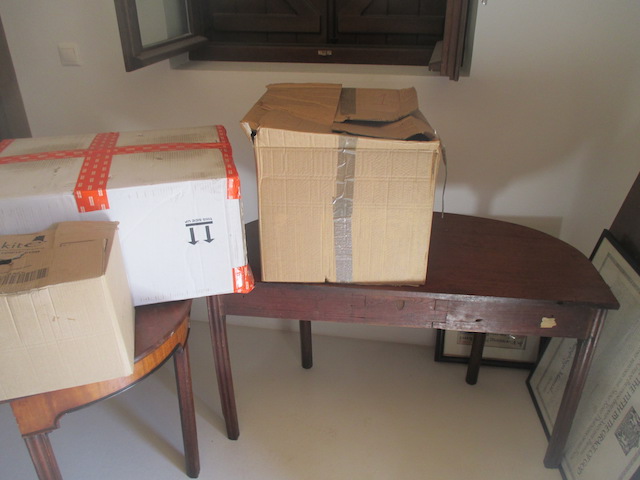 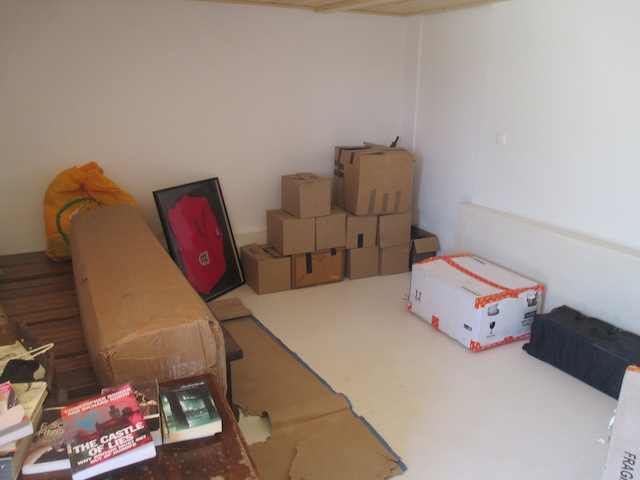