Kate Flood, University of Sussex you really are a very silly and ignorant waste of taxpayer cash

Kate Flood is an anthropologist at the University of Sussex and, as you can see below, on twitter, she looks forward to the death of Prince Philip. She is entitled to her view, unpleasant though it is to wish death on anyone. But when she calls him a Nazi she shows herself as an ignorant and sily young woman and a waste of taxpayer cash.

Phil's mother is honoured at Yad Vashem for risking her own life to save those of Jews in German occupied Greece.  Phil himself served in the British Navy in WW2, showing real bravey under fire, from er...Nazis.

Kate what do you do to fight the Nazis? Only in academia could someone so ignorant ( and unpleasant) flourish. 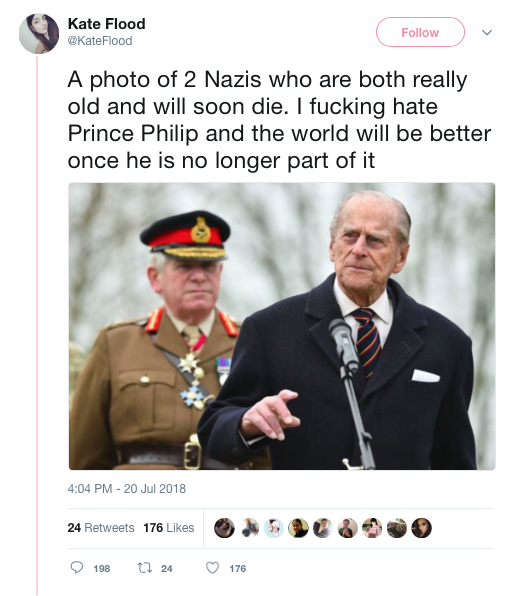