Refreshed by a cup of warm tea and a slice of banana bread at Lucian's breakfast cafe, the half way point of my 16 mile training walk, as I gear up for the 33 mile rogue bloggers for Woodlarks trek on May 25, I strode on, along the line of the old Bristol Bath railway line towards Bitton.

It is an easy, almost flat, stretch and though I felt a bit miffed as two ladies, who must have been well into their sixties, caught up with, and then quickly overtook. me, I continued, mentally trying to work out at what time I would reach my next landmark.

It is about a mile before Bitton that you actually start walking alongside rail tracks.

The main depot of this small private railway is at Bitton. Most of its services are diesel trains from the British Rail era of the sixties and seventies but some weekends it also runs steam trains. As you can see below, it being winter there were no trains running.

At this point, I calculated that I was only about half a mile from leaving the old railway and heading down to the fields and along the Avon and back towards Bristol.  This thought cheered me greatly as, by now, the wind was fairly ferocious and it was starting to rain pretty heavily. Being alongside the line on top of a steep embankment I was fully exposed to the elements.

Naturally I had got my sums completely wrong.

If you enjoy the thought of my suffering or perhaps if you consider how last year Woodlarks scraped by on £115,000 with the rogue bloggers raising £32,000 of that, why not make a donation to this year's event HERE 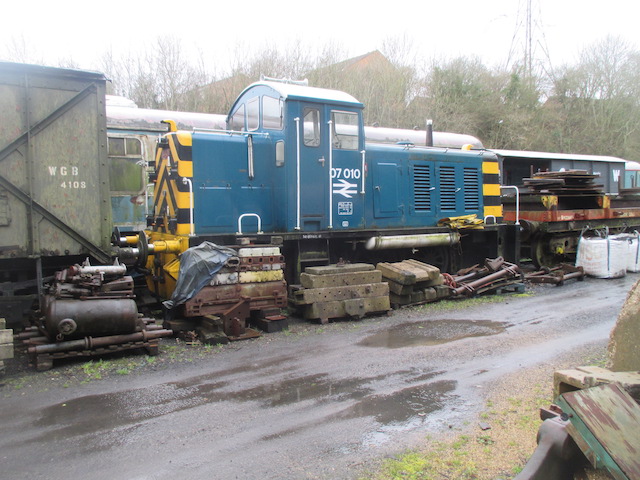 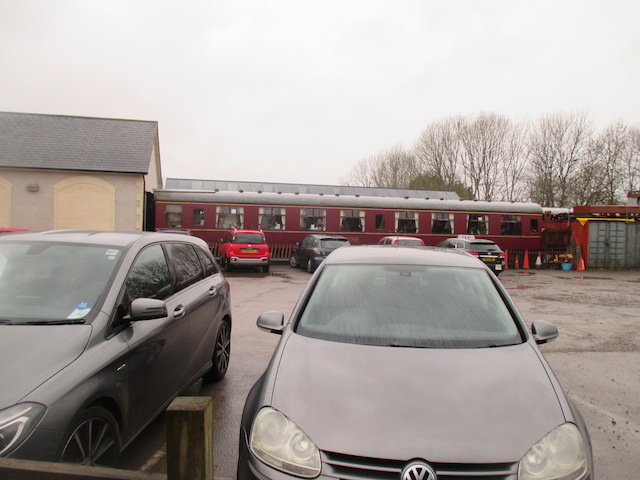 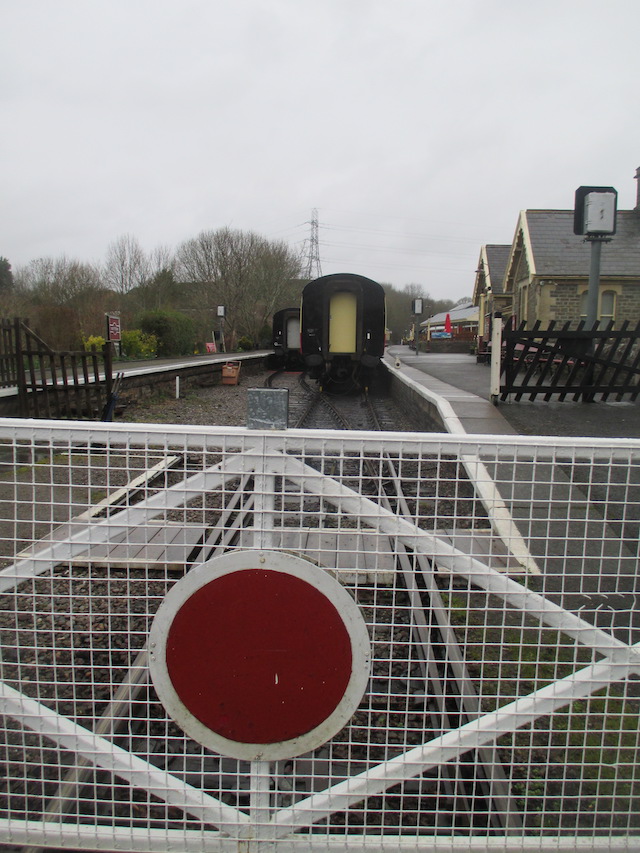