The first photo below is the wall that meets you when you enter the Welsh Hovel. When it was originally built this was an external wall. It needs a bit of work replacing some concrete infilling between the bricks with lime plaster but it looks fairly splendid

The three photos below are of the hidden room, a small space which the previous owners had simply blocked off rather than mend a leaking roof. The room was unblocked a few weeks ago to show a collapsing ceiling and plastered walls that needed some attention.  But here’s the rub.  The internal wall of the hidden room would actually have been an external wall from the old house.

And thus my pal Brokerman Dan, or rather his business partner Lee, started to whack the damp plaster on that wall and hey presto, an old wood and brick wall started to emerge. It needs work but the wood is solid and sooner or later, probably the latter, it will emerge like the one at the front of the house. 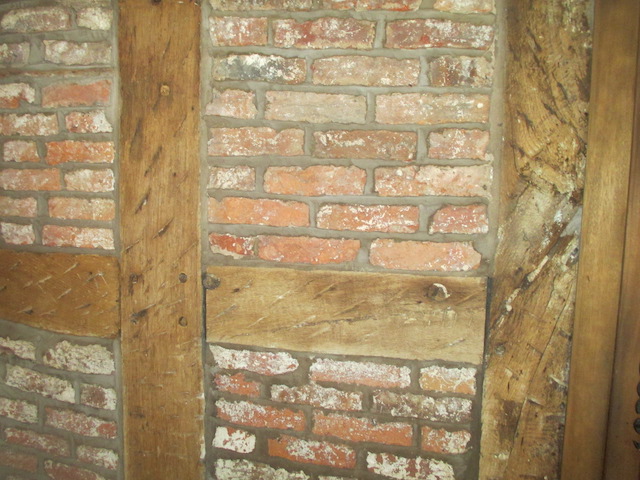 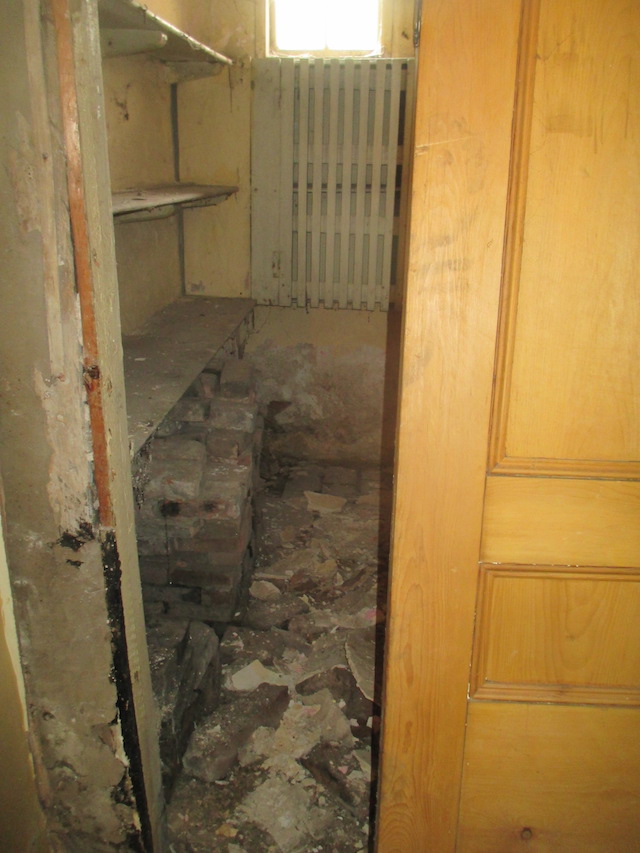 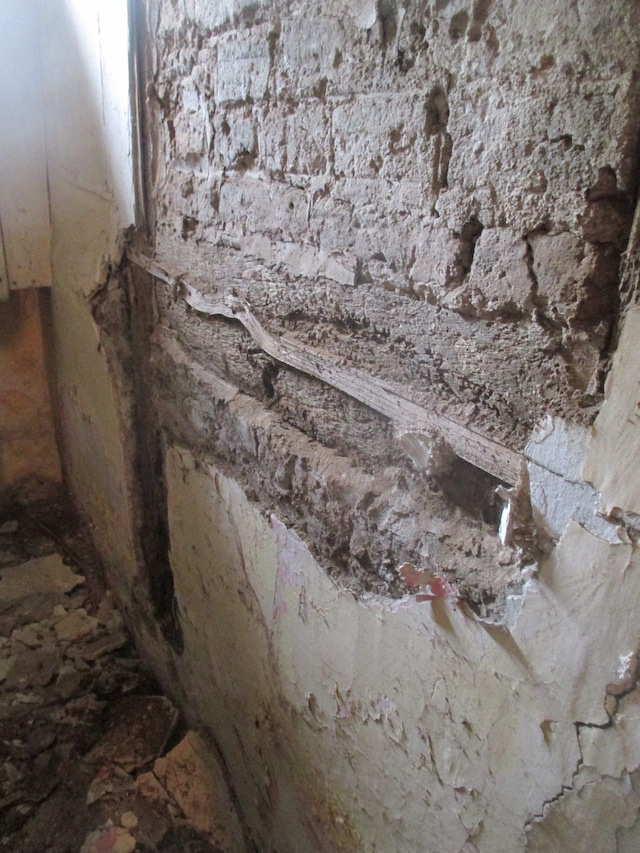 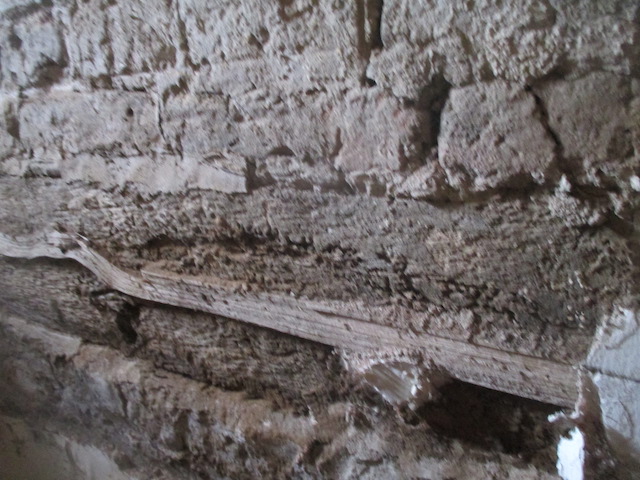