I seem to have messed up on the social distancing of my planned orchard so will be out with my tape measure repegging it this afternoon. But the first of 20 plum, pear, eating apple and crabapple trees has now been planted. The whole batch is pictured below. Because they arrived a bit late in the season, some are already flowering.

Before Christmas, Joshua, his Godfather Doctor J and I planted eight trees on the edge of the patch of land running down the road to the Welsh Hovel, the area formerly known as “the jungle”. It still contains a lot of felled trees, broken sheds and other rubbish which I shall clear in the coming weeks. But the cherries are flourishing. There are three varieties in the row and two of them, now both a goo five foot tall, are pictured below. 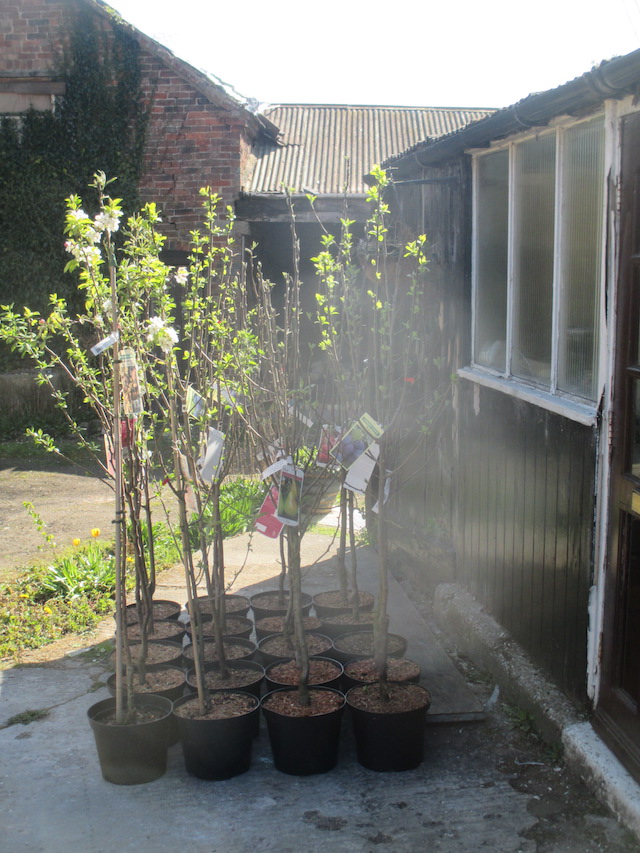 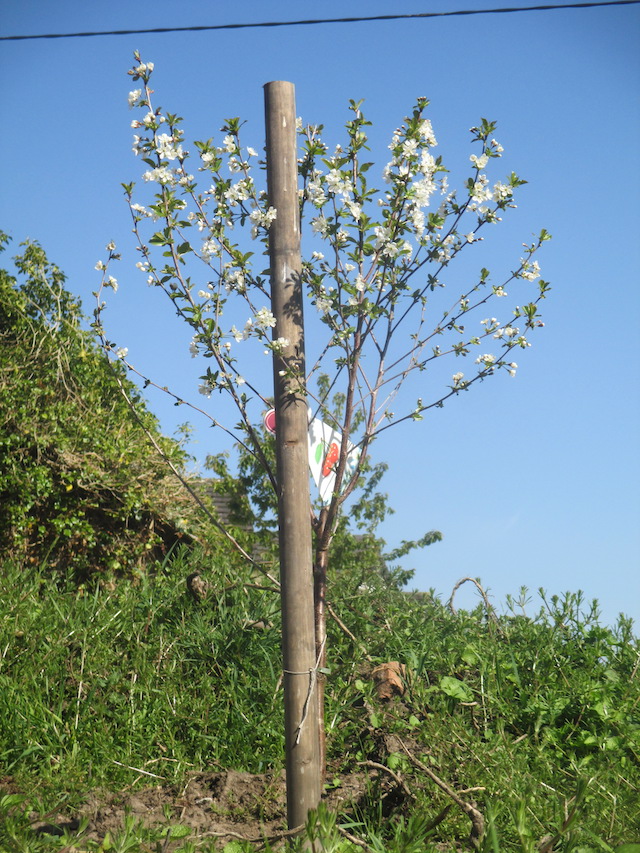 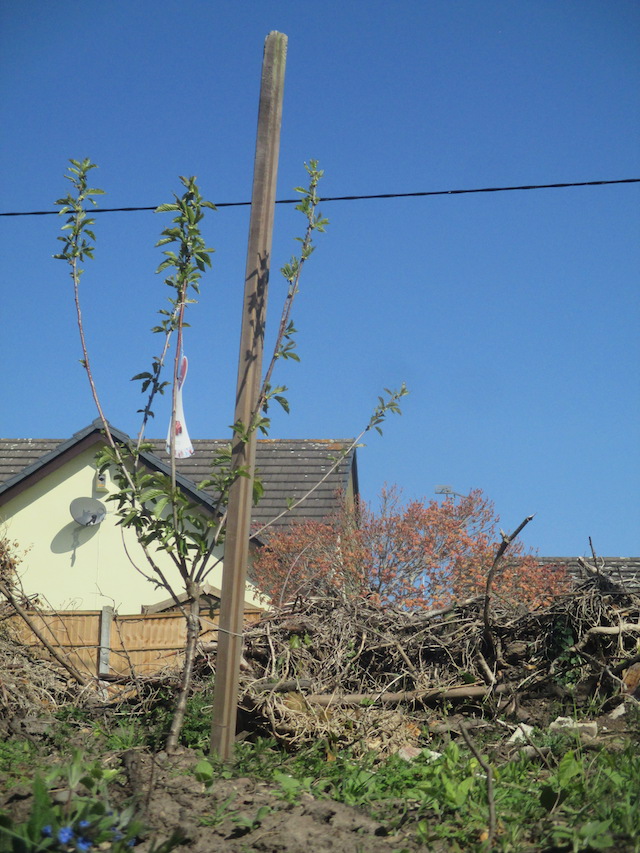