Two onions were cooked in butter till soft to which I then added a pint of chicken stock and the pumpkin flesh. After about half an hour I mashed it up in one of those whizzy electric things and a thick and tasty soup emerged to which I added some bacon and …what’s not to like?

Joshua is now at the age where he says “I don’t like that”  or “don’t like won’t eat” just to be a pest. Even when this whole pumpkin routine was his idea. More for the Mrs and I, let him have Peppa Pig branded hoops in tomato sauce. 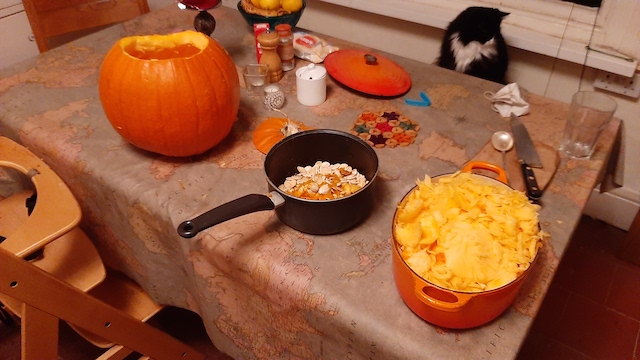 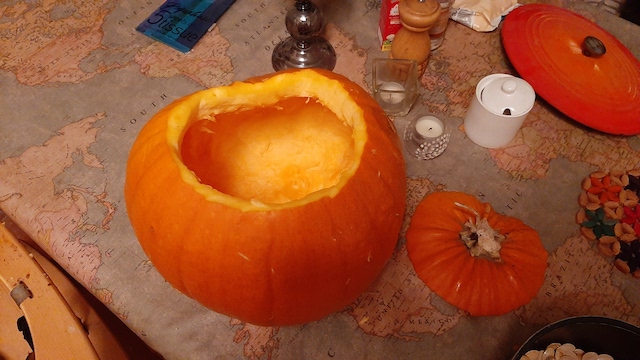 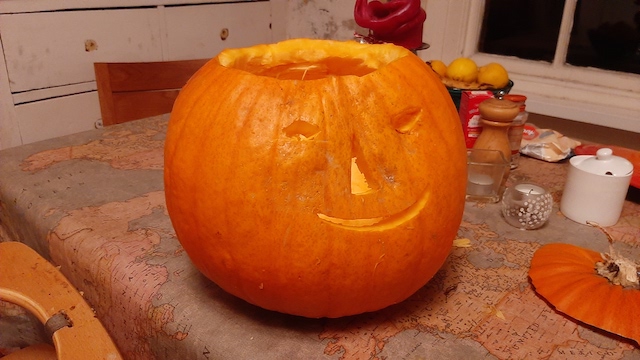 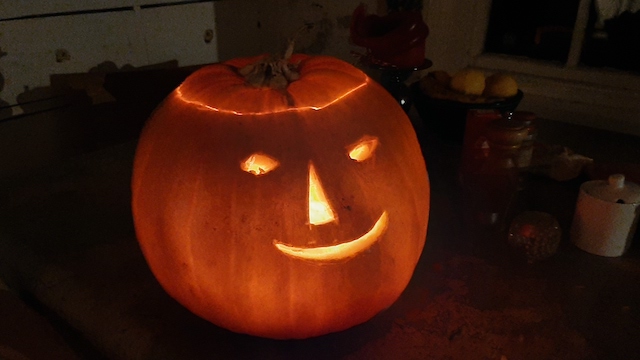 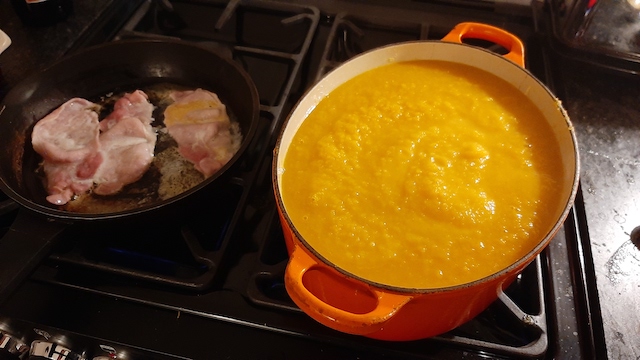