The big project at the Welsh Hovel this Autumn has been the restoration of an old kitchen from the 1600s. By Tuesday I hope to be able to show you something that is 90% complete but here is one piece of history now coming to life. The view is from the hall in the centre of the house into the kitchen; you can see the new Aga at the far end and the beams which we have exposed and got back towards their original condition.

We know that the kitchen was built before 1696 as it has a window tax window. We also know that it is not part of the original house as that part of the building had sandstone cornerstones half-inched from the castle, a few hundred yards up the river, which was pulled down from 1649 having backed the “wrong side” in the Civil war. Most of the stone from the castle was removed in the 1670s by the Duke of Westminster to build his pile a few miles away. So we can date the oldest part of the house (two bedrooms, an attic, two large downstairs rooms with huge fireplaces, a hall and an attic) as being from somewhere between 1649 and the 1670s. The kitchen is a bit more modern but not a lot.

And thus the door from the oldest part of the house to the kitchen was, in fact, once the front door. And that is why it was rather larger than a normal interior door. A little work is needed to restore the old arch to its former splendour but we are getting there. 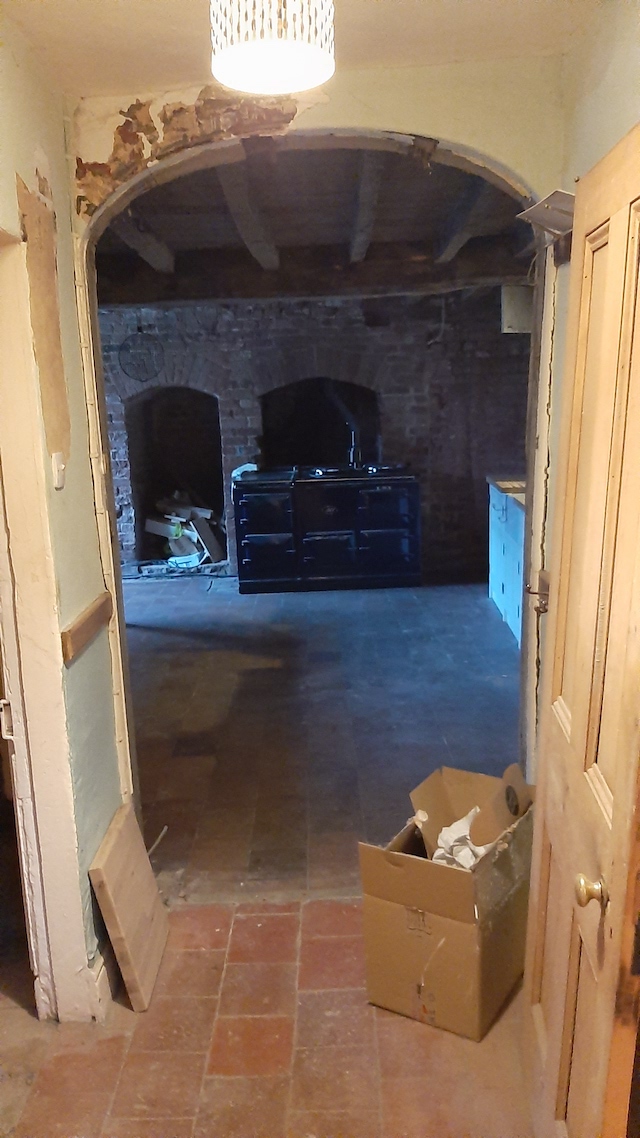