If you are a prominent right winger, the Guardian's star loon, Moonbat, wants you hanged for the sins of your wife's grandpa

My late uncle Christopher Booker had the Guardian columnist George Monbiot, aka Moonbat, down as the maddest of the nest of vipers penning piffle for the loss-making rag owned by tax dodgers. Today Mr Moonbat takes aim at Dominic Cummings. His “crime”?

Being married to a woman whose Grandpa was clearly a wrong ‘un is the “crime”. You may say “What has this to do with Mr Cummings?” And you would have a point.  If we were to apply this Moonbat principle to, say, the entire population of modern day Germany, there would be an awful lot of Krauts lined up for vilification which would be equally unwarranted. 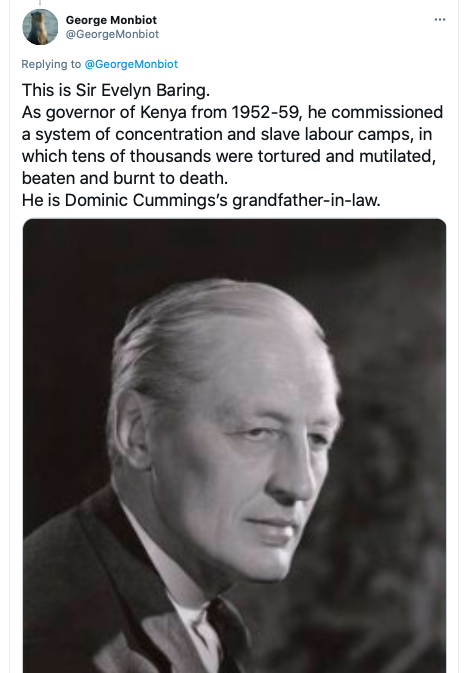