The painter returned this morning with a pot of Oxford Blue paint to cover up the Shoreditch gay bar purple with which he had decorated the kitchen window of this listed building on Easter Sunday. As you can see below, it now looks splendid. Keen observers will note two other things…

Firstly, you will see that the bricks below a certain point have had concrete rather than lime mortar inserted between them. Dealing with this is a 2021 job. The existing mortar will have to be scraped out and replaced with lime mortar.  This, I fear, is something that will have to be done on three of the four sides of the house and on the barns as well.  It is all budgeted for 2021 and we should get a timetable established next week.

Secondly, this is the first window in the house to have layers of old paint removed and to be repainted. On the inside, in the kitchen, there is no paint but just a natural wood, albeit stained up a bit. On one side of the house, next to the formal lawns, the windows are sash windows or window tax windows. They are now largely restored and repainted in white so it is the “informal side” where work is needed.  The window next to the kitchen is from “the hidden room” – a small room leading from the library which, when we arrived, had been plasterboarded up as the roof was leaking and the old owners took the view “out of sight out of mind.”

That room is now restored and lit and contains the outside of a window tax window of which the inside is in the kitchen. So I guess it was added on in the 1800s. It now contains some of my thousands of books and has this small white window which, once upon a time, appeared to look into nowhere. It too is budgeted for restoration and painting Oxford Blue later on in 2021. 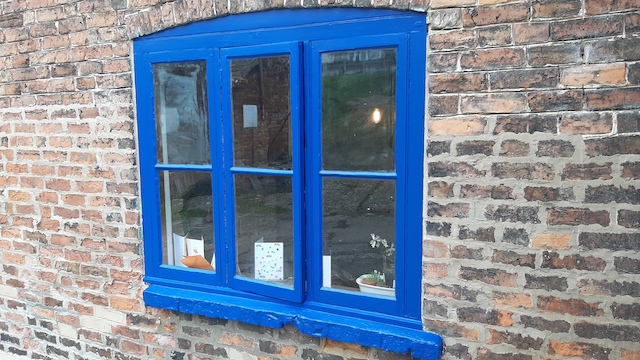 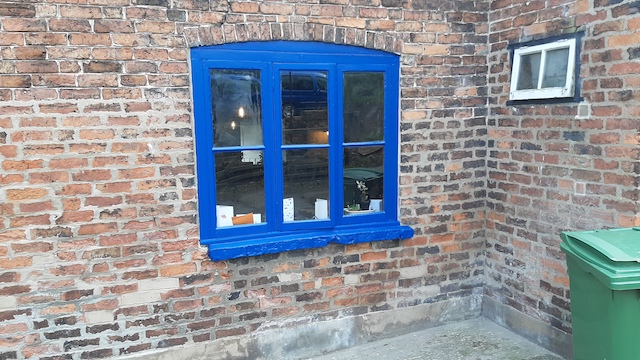