Lord Mountbatten was murdered by the IRA. And a day after the funeral of his nephew, Prince Philip, Sinn Fein has now apologised. That is in effect an IRA apology for you and I know the two are one and the same. Sinn Fein stands in elections, the IRA butchers men, women and children, runs drugs, robs banks and has a penchant for sexual abuse. But they share personnel, aims and beliefs. The blood dripping from the hands of Sinn Fein is the same blood the IRA spilled. Yet in North America they just cannot see that.

Thus Entertainment Tonight Canada reports this apology by saying “long associated with the IRA, Sinn Fein has now apologised.”  Hell’s teeth. You do not apologise for the acts of others. Sinn Fein is able to apologise for this particular atrocity, which also saw two 15 year old boys blown to bits, not because it was “associated” with the IRA, but because IT WAS (AND IS) the bloody IRA! 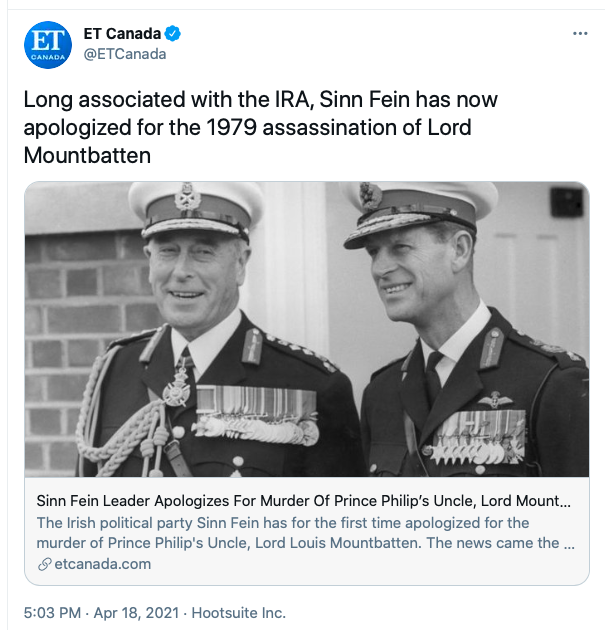