Despite Joshua claiming to be an enthusiastic assistant, there were no volunteers to join me on this job, both my son and the Mrs citing a fear of being stung. I was not stung. There is no shortage of nettles here at the hovel and, wearing gloves, I cut the tops few inches from a swathe of them by the riverbank, collecting a basket full and then washing them. 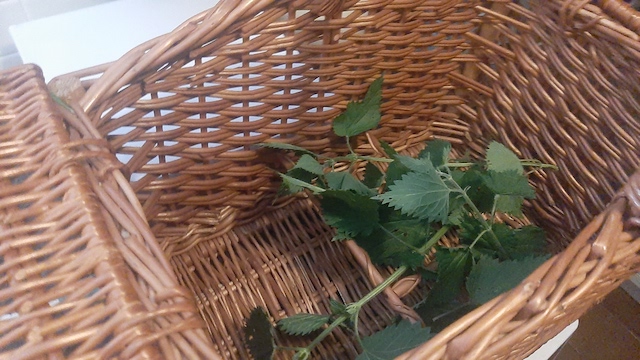 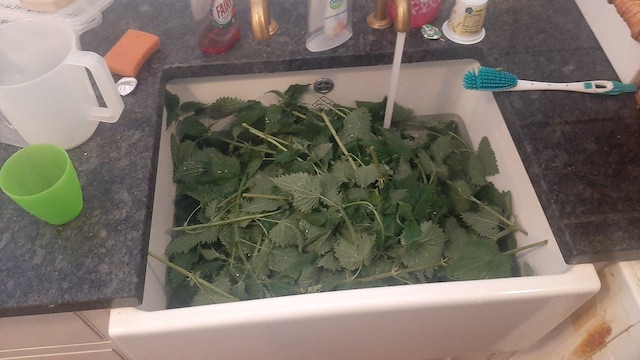 At this point, I put 1.6 kg in one gallon of water bringing it to the boil and simmering for 15 minutes. 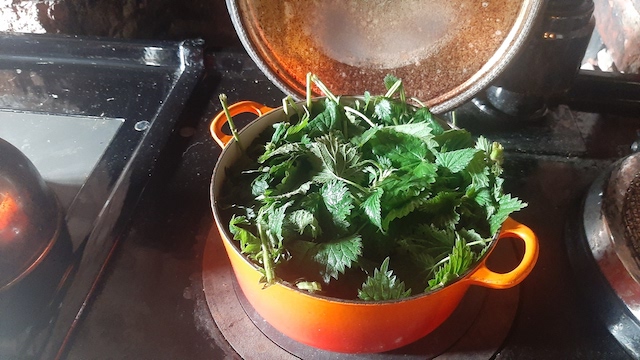 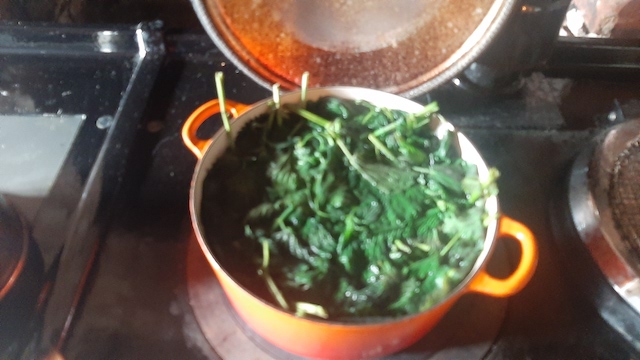 Taking it off the stove, I allowed it to cool a bit before adding a cup of sugar and then when it cooled further to room temperature I strained it through a cheesecloth, squeezing it tight so that the nettles were compacted into a small ball now deposited in the compost heap. 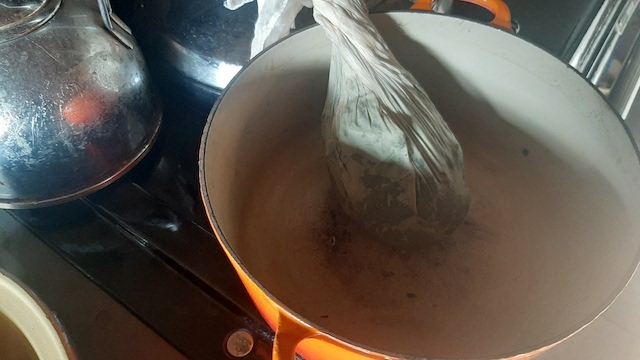 What was left was a brown liquid to which I added the juice from two lemons and 1/2 teaspoon of brewers yeast. 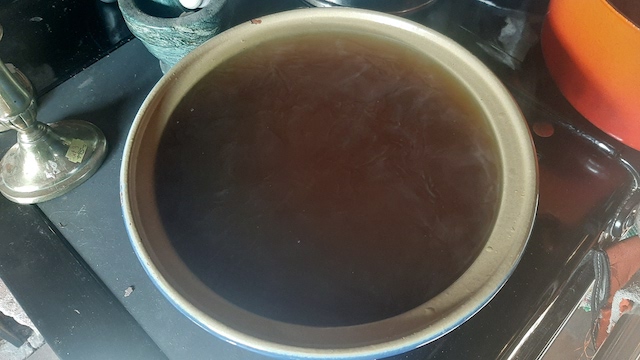 This morning, the yeast has kicked into action. Later today, the beer will be moved into bottles which will stay in the larder for a week being “burped” every day and then, in theory, they are ready for drinking and will survive for up to a year if not drunk. 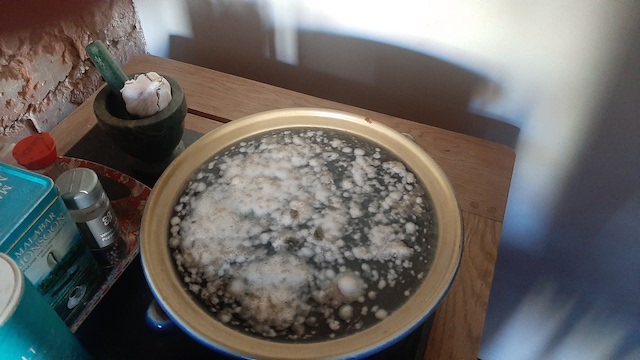 Later today, I shall use the rest of the nettles I picked for nettle cordial.