I was up at 5 AM working on another series of articles busting the Umuthi fraud and as a distraction I made some damson gin and also used 300 heads that Joshua and I picked yesterday and brewed up another 1.5 litres of lavender cordial which now sits in the fridge. It is great in prosecco or in water for Joshua and it is what i used to make lavender ice cream.

The recipe is the same as for vanilla which uses two thirds cream and one third milk plus sugar and vanilla essence. But in this case I swap two thirds of the milk for lavender cordial. I am biased in thinking its amazing but a friend of the Mrs, earth mother C had a scoop yesterday and agrees with me. So that’s official.  Anyhow we are now stocked up on cordial to make more ice cream although I am tempted to do a choc chip and home grown mint next.

Below you see yesterday’s pudding with the evening meal: lavender ice cream with a quarter of one of the first pears to come from the new orchard I planted some eighteen months ago. 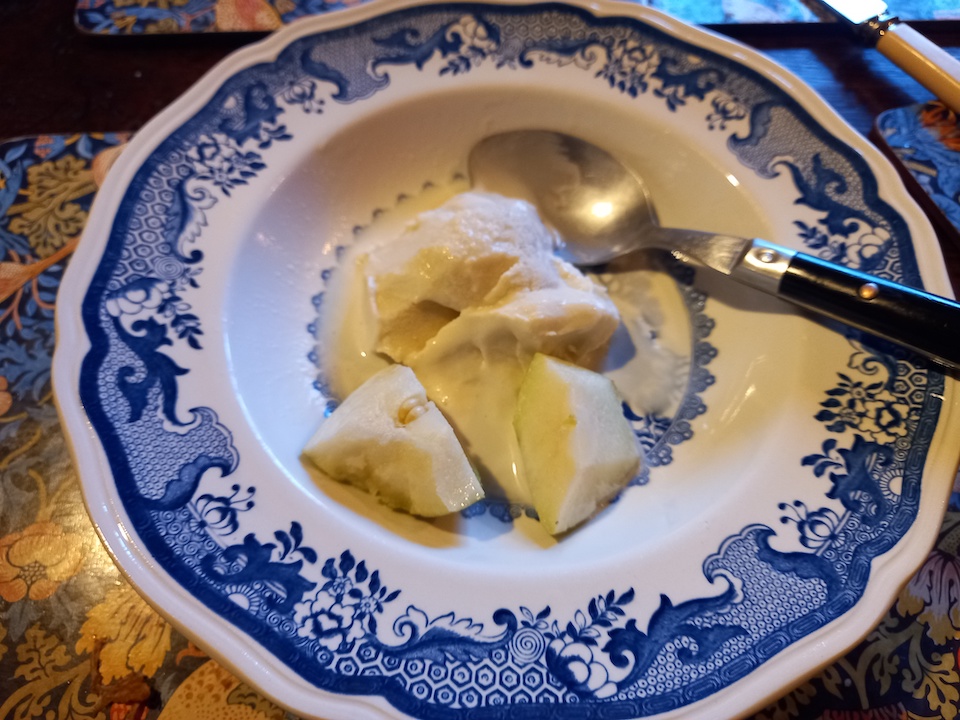