I am in many ways abandining tradition with this year’s Christmas pudding making. I did, as usual, make three. One for the big day with my in-laws. One for a second meal when Olaf joins us. And a third just in case, or maybe as a present for someone. But I also abandoned older traditions.

Stir-up-Sunday is the 21st this year so I was early. And in the very old days one used just 13 ingredients (one for each of Jesus and the disciples). I used 16. But I have ended up with three puddings each steamed for seven hours and now sitting in bowls covered withcheesecloth, in boxes in my larder.

I started with chopped apple from the garden mixed with currants, raisins and sultanas miced with lemon juice, Grand Marnier and lots of brandy and left to settle. Seven. That bottle of Grand Marnier has been here for years and is depleted by a couple of tablesppons each November then left to gather dust for another twelve months.

After a few hours I added flour, suet, brown sugar, mixed spice, powdered cinnamon, orange juice, candied peel, breadcrumbs and beaten aggs. Nine. At that point each member of the family stirred and made a secret wish. The Mrs helped Jaya stir and I made a wish on her behalf. Joshua was encouraged not to wish about presents involving Paw Patrol but to think of something less materialistic to wish for. Fat Chance.

Then I poured the mixture into three bowls, tied on the cheesecloths and steamed away. That meant staying up until two on Monday morning replenishing the water but, finger’s crossed, it will be worth it on Christmas Day. 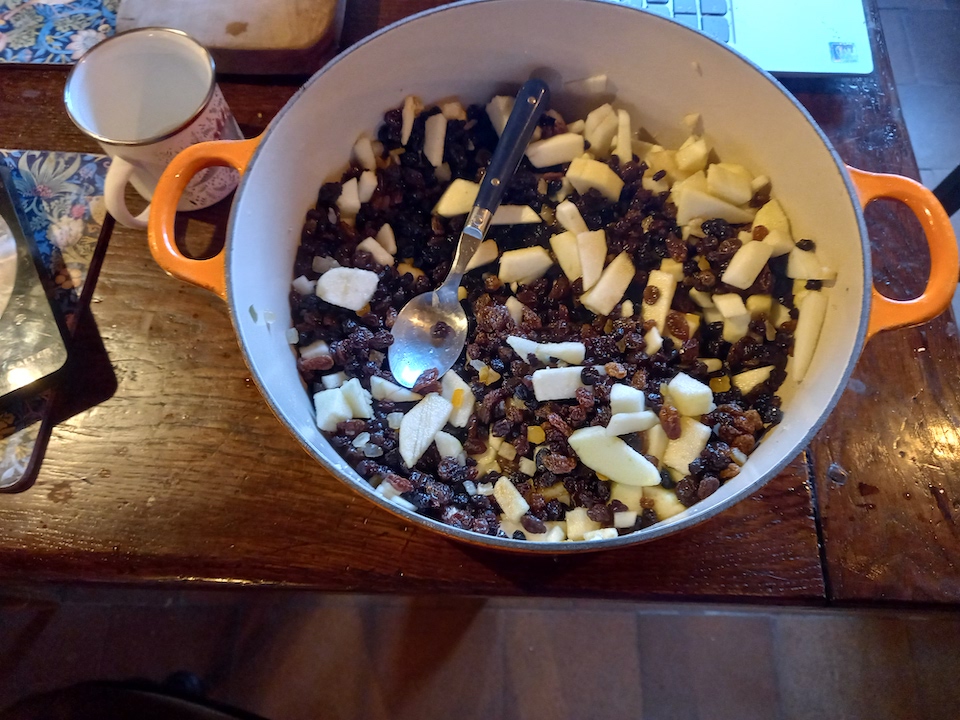 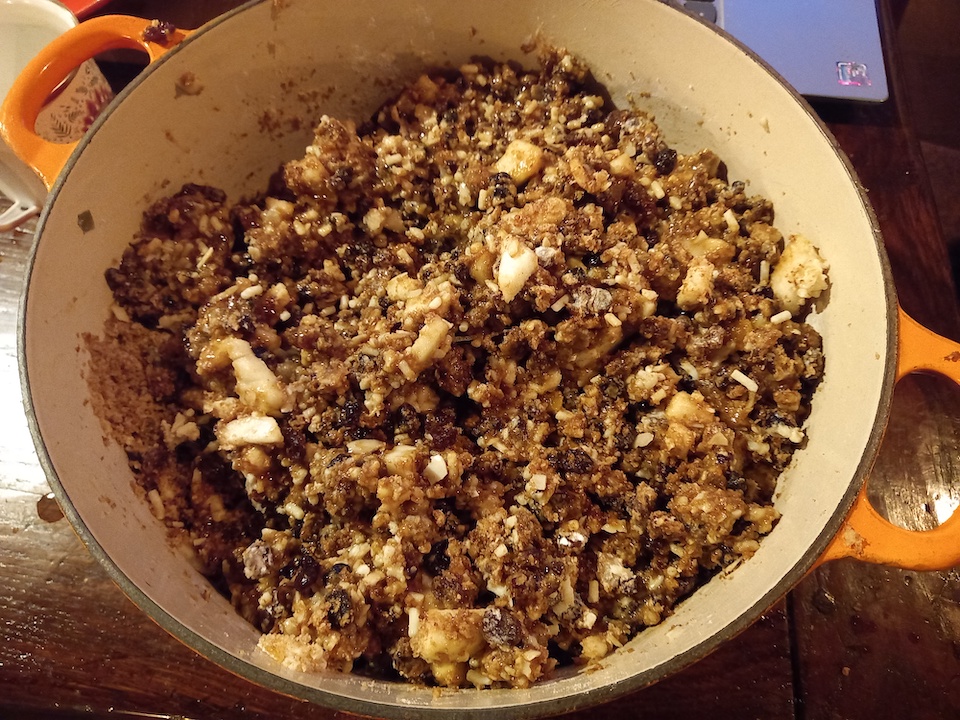 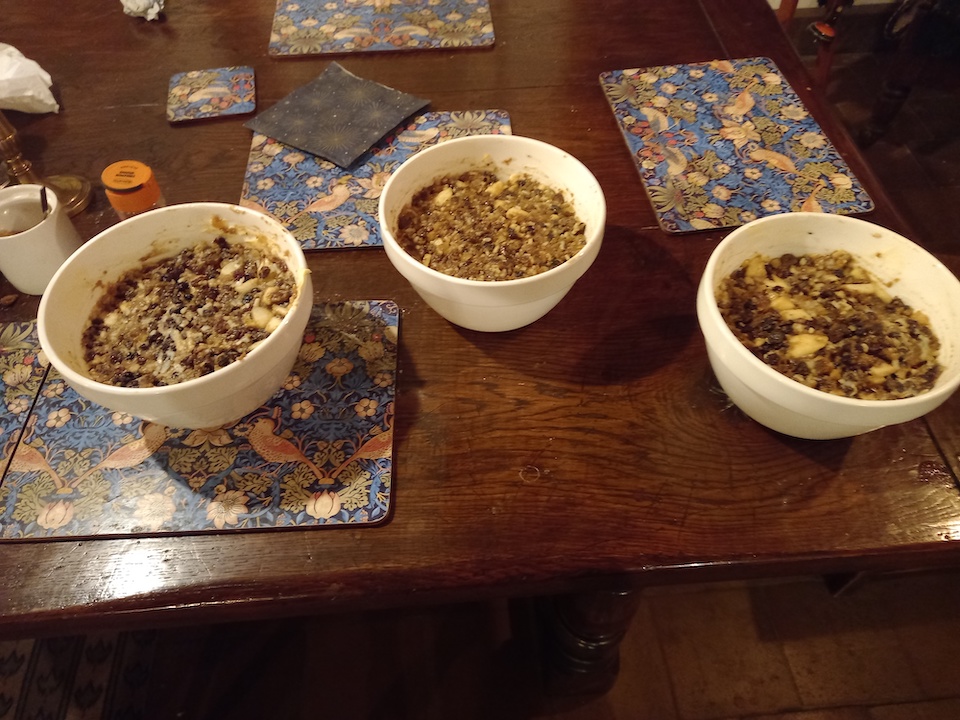