The Schadenfreude spilleth over as Man United Kebabbed in Athens 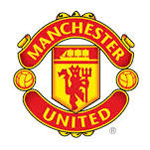 For years, the cheers emanating from Manchester United’s tribal heartlands of Surry and the New Forrest have been deafening. The Red Devils won everything and the rest of us had to suffer the delight of a legion of fair-weather supporters. The boot is now on the other foot.

A few years ago an away leg at Greek Champions Olympiacos would have been a stroll in the park. But tonight United played as badly in Europe as they have at home and have been kebabbed 2-0. As a Hellenophile I take a double delight in this result. Mighty Hellas has put the men of Moyes to the sword.

No European football next year will put a real strain on the finances of Manchester United Inc, the NASDAQ listed company. And that could prove really entertaining as the budget to replace some of its ageing team is curbed. Oh happy days.

On twitter it is being suggested that United should sack manager David Moyes and replace him with newly unemployed Piers Morgan…he couldn’t do any worse could he?

Tom Winnifrith Bearcast: should I fire Peter Brailey for costing me £9,000?

I start with the latest statue pulldown, Frederick Douglas, and what it says about the insanity of 2020. I then move onto Peter Brailey and the P45, re Rock Rose Energy (RRE), [email protected] Capital (SYME), Iconic (ICON), Boohoo (BOO) and Big Dish (DISH). Tomorrow I record the first video for MineProphets, remember to book your seat HERE.

Timmy Horlick, the ex of ghastly, Nicola in battle with a man who likes to club foxes to death while wearing women's clothing