Evening Standard's Nick Curtis - what a tosser, but he shows libertarianism is now cool 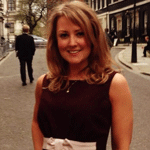 Obviously the coolest folks are libertarians. And so am I. Amanda Van Dyke has a few dangerous neocon tendancies (foreign policy) and some odd views on the EU but for a Canadian is a pretty libertarian - her fellow countrymen tend to be lefties. Charlotte Argyle, the daughter of Thatcher pictured above, is crystal pure. But you only know something is really cool when folks with no claim to be one of us, start trying to claim to be part of the crowd. That brings me to a total tosser called Nick Curtis, a columnist in the London Evening Standard.

I stress that I am not a regular Standard reader. But on the train back to Bristol last week I happened upon a copy and being bored started to read it. As ever I was struck how folks inside zone 1 of London are a completely alien speciies to the rest of the UK. They have different concerns, interests and views to the rest of us. They are the political, media and corporate elite and they just live on another planet.

Mr Curtis writes on the 10th June about how the busy body sheep shaggers at the Welsh Assembly wish to ban vaping ( "smoking e-cigarettes" in public places). And in the piece he proclaims "I'm a libertarian who believes in personal choice." Great news... a kindred spirit. er....

Elsewhere in his pot puri of drivel Mr Curtis says that he is a lifelong Labour voter who has just joined the Labour party. That would be the party that supports a bigger public sector paid for via higher taxes/Government borrowing. Mr Curtis voted for Gordon Brown. Might I suggest that on economic matters he perhaps misunderstood the works of Ayn Rand and Mr Hayek? The Road to Serfdom is not an essay on the desirability of a a peasants revolution. It is hard to see how one can reconcile the economic libertarianism of er...libertarians with the party that Mr Curtis has voted for all his life.

But perhaps he is a social libertarian so is going to put the sheep shaggers in their place over vaping? Er no. Smoking is an evil and allowing folks to vape in public -though it is clearly doing no harm to anyone other than perhaps the vaper - encourages folks to think that anything related to smoking is socially acceptable. Cripes. And there was I thinking that we libertarians believed that as long as we did not directly affect others what we chose to do with our own bodies was entirely our own concern.

In short, Mr Curtis supports a political party which wants to take away from me more of the money I have earned becuase it thinks the State knows how to spend it better than I do. And he also wants to decide how I get to treat my body even though it has no bearing on others. He is about as much of a libertarian as I am a participating member of the Royal Ballet.

A few years ago the metropolitan liberal elite used to snear that we libertarians were all about legalising heroin, supporting under-age sex and economic anarchy. Of course they were right on the first count at least but, at that point they were too lazy to debate why prohibition did not work and simply regarded it as a smear. But now instead of attacking us they claim to be one of us. It is sort of gratifying, if just a bit silly when they admit to the range of authoritarian views tossers like Nick Curtis actually hold.