Photo Article: The Christmas Tree is up with decorations from my life around the world

Today is the annual Christmas party held by the Mrs for her mad lefty friends, a Godless bunch who regard Christmas as having nothing to do with Christ. The normal score is that I do the cooking then, to avoid being emboldened by a few glasses of wine into pointing out that whatever they are saying is patent nonsense, I feign illness and go to bed. Let them believe that the world is getting hotter and the polar bears are all drowning and that all those who voted for Brexit are racists and that Donald Trump is the new Hitler and that the money tree exists. It's Christmas I'm not going to argue.

Anyhow, to prepare for this I put up the Christmas tree and decorated it with trinkets picked up around the world , a memory of places I have been. Ad thus there are decorations from: India, Israel, England, Wales, Greece, Dubai, the Isle of Man ( can you spot that one?) Canada, the USA, France and Ecuador (the Galapagos).

There is a special first Christmas for Joshua trinket someone sent and on top, to embarrass my daughter who turns 16 in 2017, is an Angel she created in paper aged 5. It has survived and, I hope always will.

PS. The poster behnd does indeed say Palestine. It belongs to the Mrs and though I find it enormously offensive we Zionists believe in free speech so whatever... 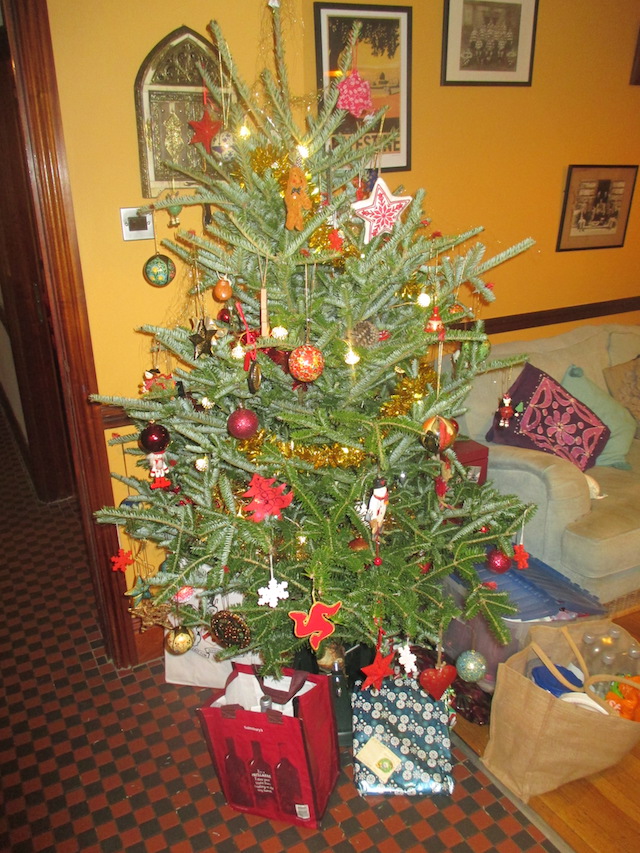