Starbucks has kicked off against President Trump after his "Muslim ban" which, of course, is no such thing. Its boss Howard Schultz says he is going to hire 10,000 refugees in 75 countries - many of which do not have minimum wage legislation - to show where it stands. Goodie goodie, more hard working folks who will accept shit wages to boost profits of big corporates and the stock options of their fat cat bosses. But this show of naked self interest, oops I meant real humanity, has impressed some millennials. This snowflake really is virtue incarnate and is going to change the whole fucking world. Bring on the revolution! Power to the people! 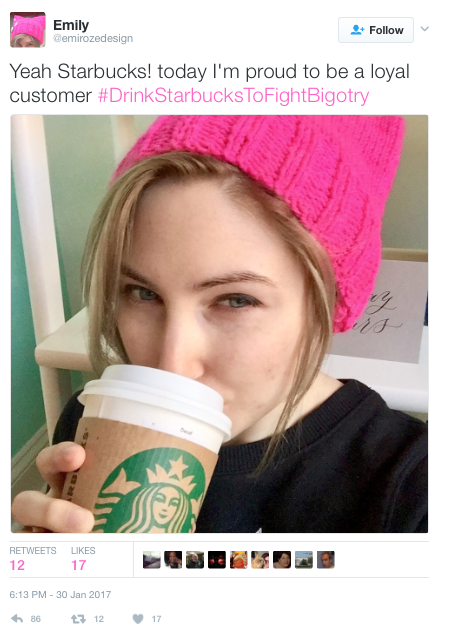 Personally I like to support small independent coffee stores bringing diversity and choice to the high street but what do I know?