Photo Article: Fertilizing the olive trees at the Greek Hovel

Fear not there are not any pictures of my fertilizing olive trees as only a man can do. Although I have assisted a few of my little darlings in this way over the past few days. This is the formal process with George the Albanian, his Mrs and myself in a team of three.

First stop, at 8 AM sharp, the shop of Vangelis the man who mends my strimmer and sells me 1 Euro bags of sulphur to keep away the snakes. 210 Euro are handed over and Vangelis and George load up his truck with about fifteen 25 kg bags of fertilizer, one of which you can see below. 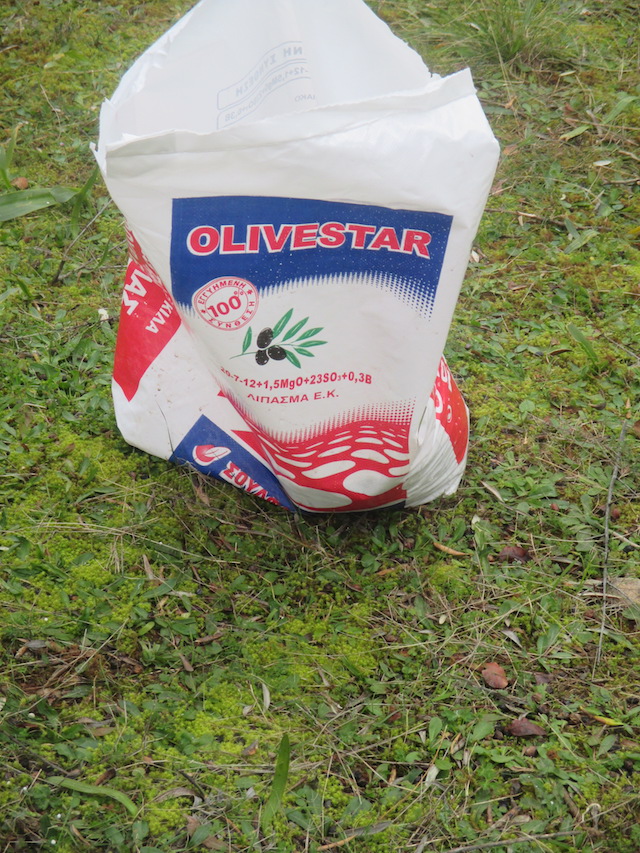 It goes without saying that the skilled task of doing the fertilizing is reserved for George and his Mrs. The little white pellets of goodness were poured into two buckets and off they went spreading them in circular loops around the trees as you can see below. Was there not a kids drawing game in the 70s that helped you to make similar shapes? I was, natch, not up to such demanding work. 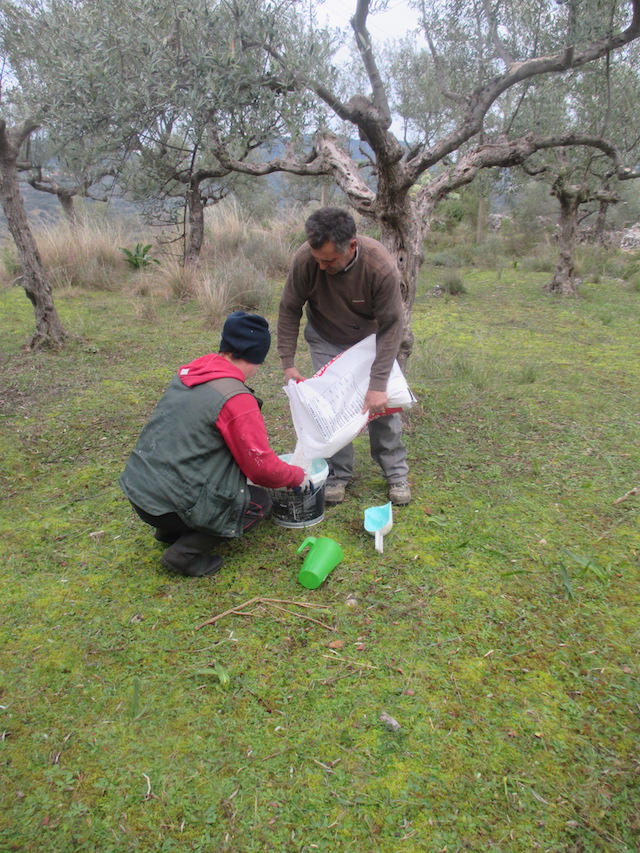 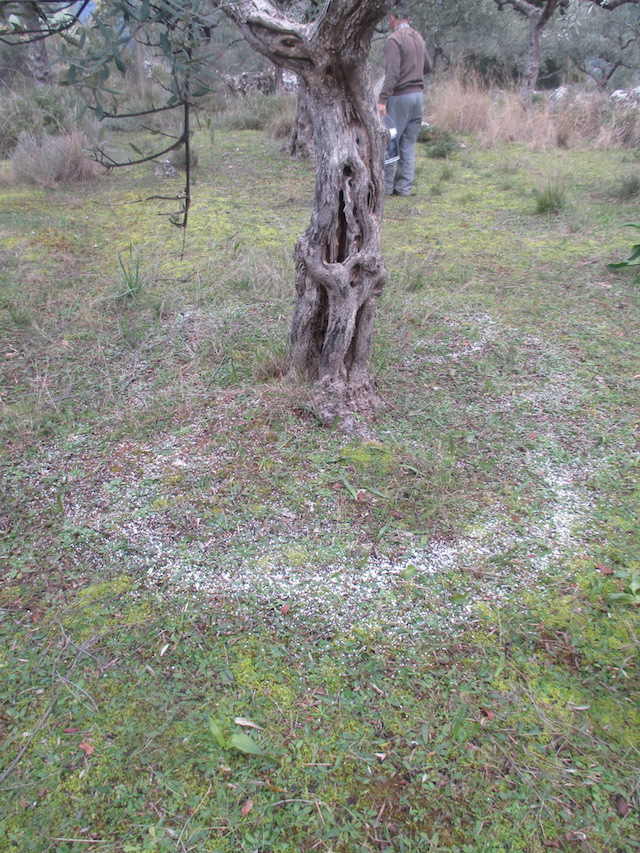 Instead, as the two Albanians, wandered further and further from George's truck my job was to carry new bags of fertiliser to wherever they were. 25kg is less than the 30-40kg sacks of olives I was carrying in the Autumn harvest. But still, over rough terrain, it was not exactly a bundle of laughs. 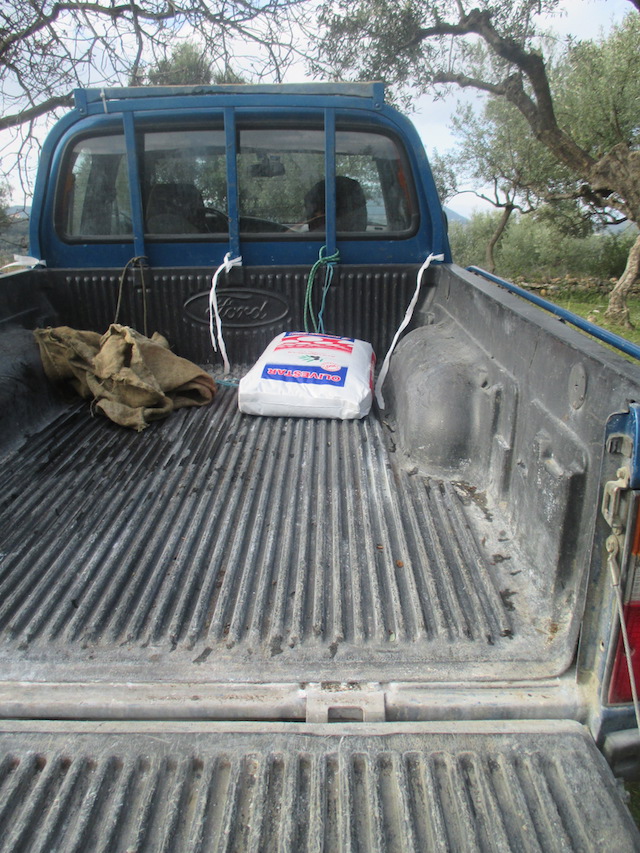 But after less than two hours there was just one bag left. The job was done allowing a bit of time for some more bonfire work. Before I knew it, a four our stint was done. All over. No more manual labour until April at which point I shall no doubt be applying top up fertilizer to my favoured trees in the way that only a man can.