Just over a third of the way between the Hovel and the far end of the land lies an old ruin. I think it was a house once and in a sense it still is. For inside the ruins there lived a snake all of last summer and the summers before. I heard it many times as I rushed on by. When foolish enough to prune the olive tree at its edge last summer I saw a snake shape disappearing into the grass. This is Mr snake's house. But not for much longer.

In a job that I shall supervise not actually take part in, for one very obvious reason, all the stones will be removed and taken to the main hovel to be used in rebuilding and extending it. That is one way that we can ensure that the new hovel even in its extension which will, on its own, more than double the floor space, retains the appearance of the old in terms of stone type. As a bonus Mr snake will have to fuck off and find somewhere else to live - I suggest the other side of the external fence. 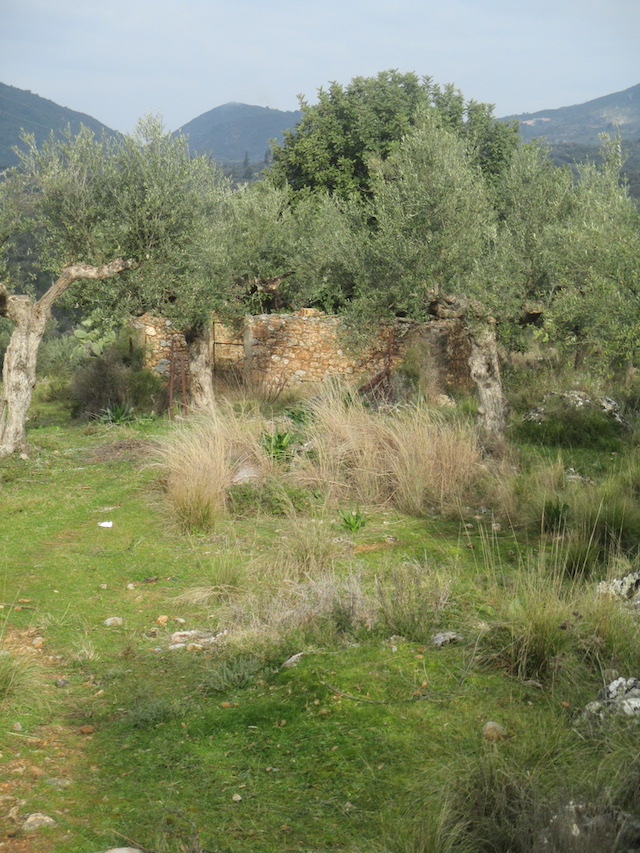 But then the ruin will be a phoenix. For what we embark on this year is just phase one - the hovel and the pool demanded by my daughter, she who must be obeyed, as a condition for visiting. The planning permits we have submitted also allow for phase two which is to turn the site of the ruin into a new house with three rooms and a garret study for me.

At that point we would have seven bedrooms plus a massive living space with additional sleeping space on the sofa. The Mrs wants to invite her sociology pals and they can sleep in the Phoenix. I have few friends but hope that folks like Abbe Aronson, the woman who broke my heart in 1986 and whose birthday it is today (Happy Birthday you old lesbian who have caused thirty years of misery and mental trauma for myself with your callous rejection BTW) will pop over for a visit and, natch, stay in the hovel itself.

Right now I cant' wait to supervise the tearing down of Mr Snake's house, but the Phoenix will - one day - arise in its place.