Arriving back at the Greek Hovel I am always terrified as to what forms of wildlife diversity have camped out there while I have been away. I turn up whatever crap music I can pick up on a car radio here in the lower levels of the mountains, open the car windows and try to warn all of God's creations that I am back and they should flee. Of course they know that I am not a hard Greek or Albanian who will kill them all but a total wuss so nothing flees. 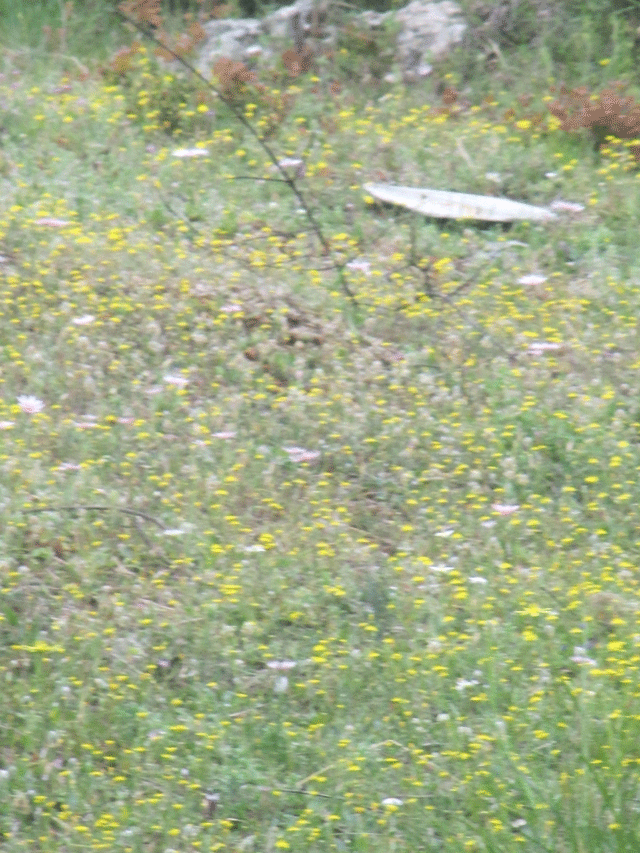 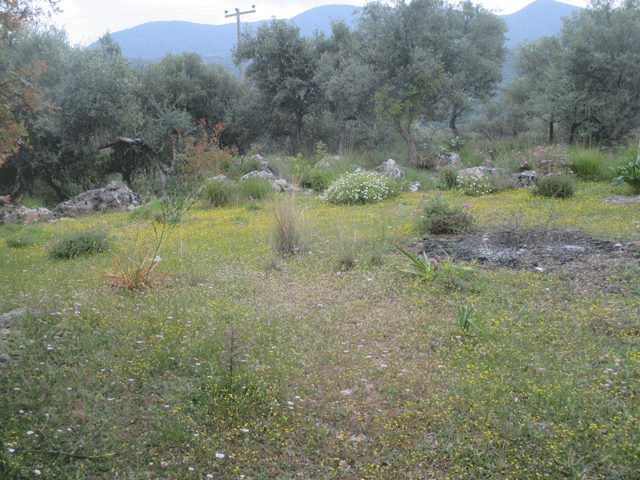 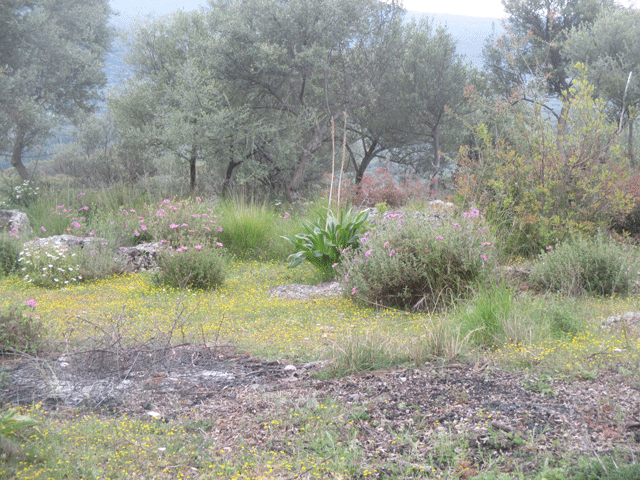 The grass is still green and one cannot but be amazed at the flowers that cover our land: yellows, blues, purples, whites, reds - truly it is wonderful way to be greeted. And gazing at the flowers delays the moment when - carrying a big stick I open the doors to see what has entered the hovel since I left.

In the only semi habitable room there appeared to be nothing living. Perhaps my defences, taping up all the holes and then filling them with liquid cement, have actually worked? Or perhaps something was hiding under a mattress. I grabbed my fishing rod and did not bother to investigate. But my hand axe and small saw which I needed for olive pruning were not in the main room. I must have left them in the rat room below. I said "bugger" several times, not that any man was listening.

The rat room is also my wood store and God only knows what has decided to make a pile of dried olive and frigana logs its winter home. Sure it is protected by a ring of snake repelling sulphur but, as I have discovered in the past, some snakes do not know that they should not cross sulphur. As for scorpions or rats it is no deterrent. And so I poked my head around the corner nervously and sadly noted that my tools were hanging on the far side of a room named after its inhabitants when I first cleared it out.

In walked in carefully. Flap! flap! flap! Not rats but bats - as you can see below. FFS don't they know that the bat room is on the other side of the hovel, this is the rat room. Actually bats are good guys. Down here in the Mani they do not carry rabies and they eat mosquitoes so I should like them. But after all those Hammer House of Horrors movies of the 1970s you cannot but help think that they might turn into Lord Howard of Quindell. Despite this I do not fear them. 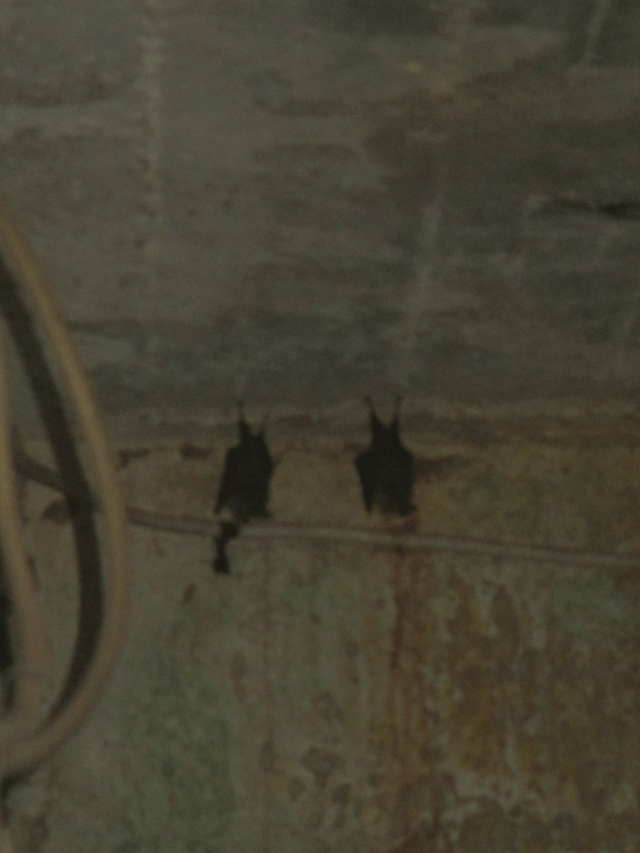 All God's creatures have a purpose. Even snakes are good, in a way, in that they eat rats which I really do dislike with a passion. I have nightmares about rats entering the Hovel and me waking up with one looking down menacingly at my face. But then I have even worse nightmares about finding a snake slithering up towards me. So it is hard to think of snakes in a positive light. The snake sinned in Eden and thus God decided that it would be hated and despised for eternity and who am I to argue with God?

But back to the bats, I left them in peace. Today I must retrieve my pick axe from the rat room, or the spare bat room as it now is, as I start to knock down the illegally contsructed additions to the snake veranda, the area above the rat room. If the only wildlife diversity I encounter is some more bats I would call that a result.

Finally, since I know all Brits are obsessed by the weather, it is a hot 30 degrees today. But yesterday was far cooler as the storm clouds gathered on the Taygettos mountains above the hovel. 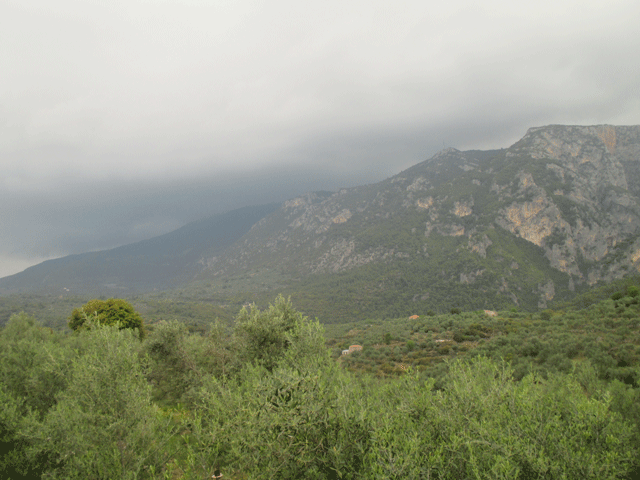