My almost sixteen year old daughter Olaf has so far declined to visit the Greek Hovel. It was something about the homemade eco-loo. Or was it the hosepipe that is my shower. Or perhaps it was the snakes, rats or scorpions. Honestly, kids today. No gumption at all. But Olaf will be delighted to see how much progress has been made on what will be her bedroom when she stays, what is currently known as the bat room.

This is the room underneath, what is currently the only habitable room. Its light is broken and its one shattered window and door with holes in it have allowed various members of the wildlife diversity community easy access. My guess is that in days gone by it was where the sheep or goats sheltered for there is no evidence of it having had a fireplace.

About half the floor was dirt covered and beneath that a mixture of rocks and soil. But on the far side of the room a giant rock bubbles out of the surface. On that far side the gap between rock and ceiling is only about five foot.

And so the plan is to dig out the soil and hack out the rock so that, without damaging the foundations, we create a gap of seven a half feet. Buy the time we have laid a floor, which will be polished concrete so giving a marble like appearance, there should still be seven foot of headroom. As Olaf is not that much over five foot that will be fine. Indeed it should fit more or less anyone.

One of the stones recovered has been set aside by the workmen. I can see why. It looks as if it has been hewn by man. I am not sure what it is but it merits further investigation I think, don't you? 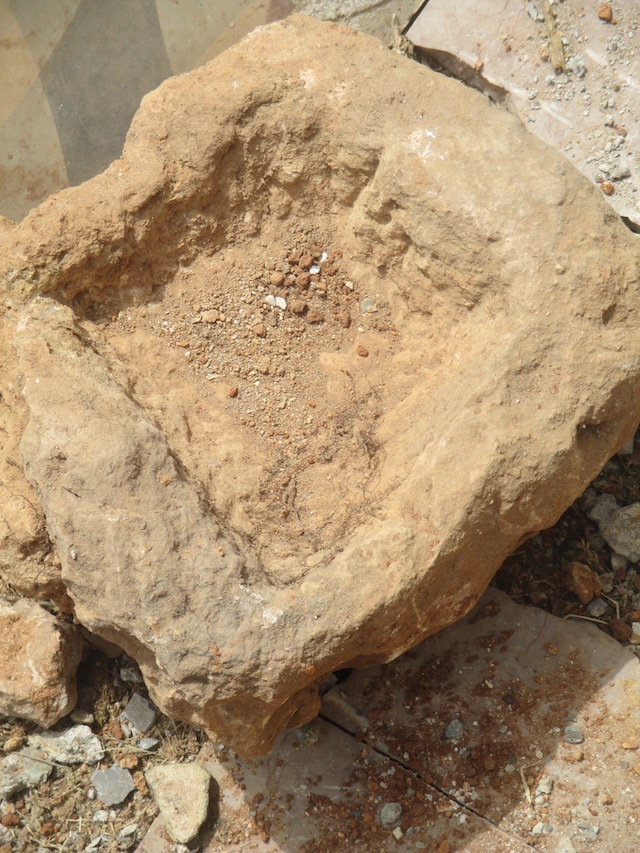 As you can see we have extracted large numbers of big stones which will be used when we rebuild and extend the Hovel. 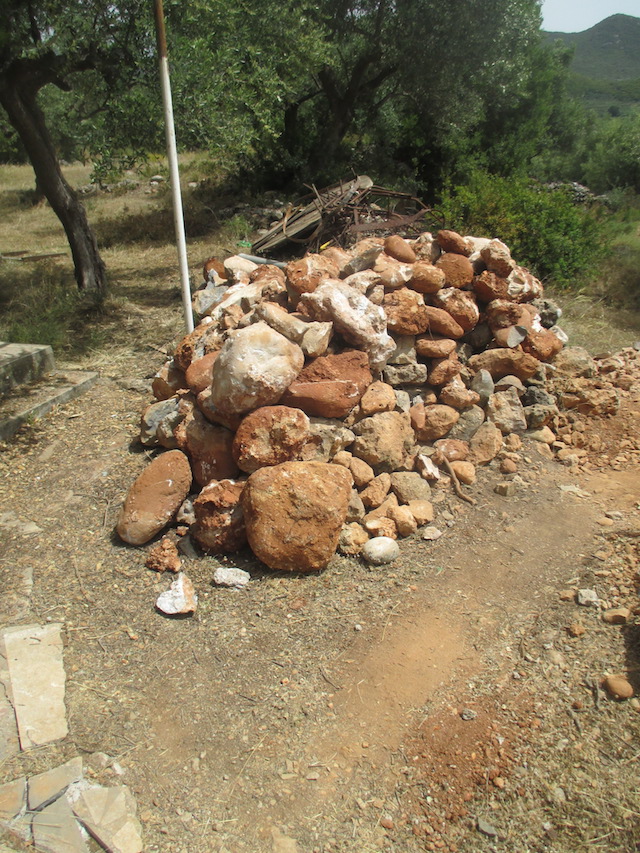 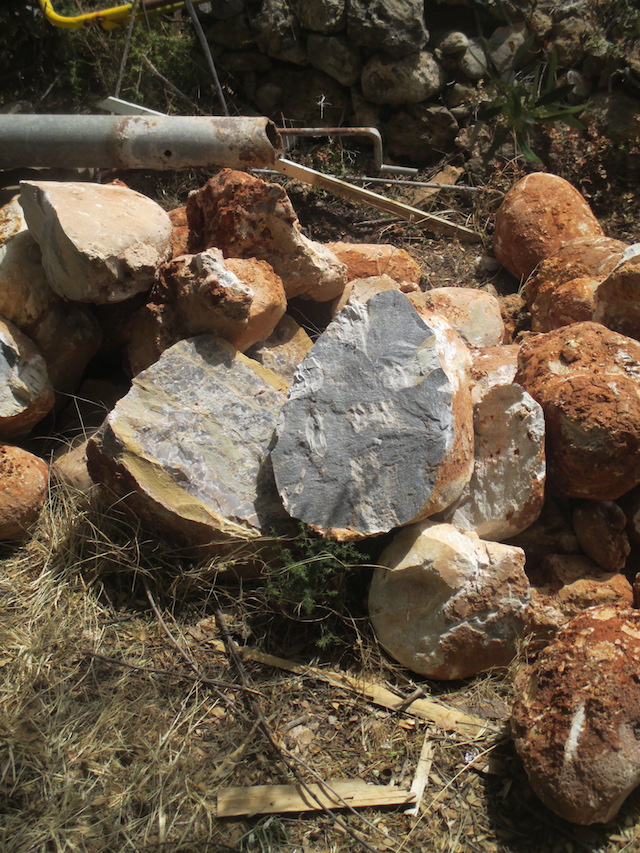 And there is also a vast amount of red earth which, pro tem, is parked on the other side of the wall. 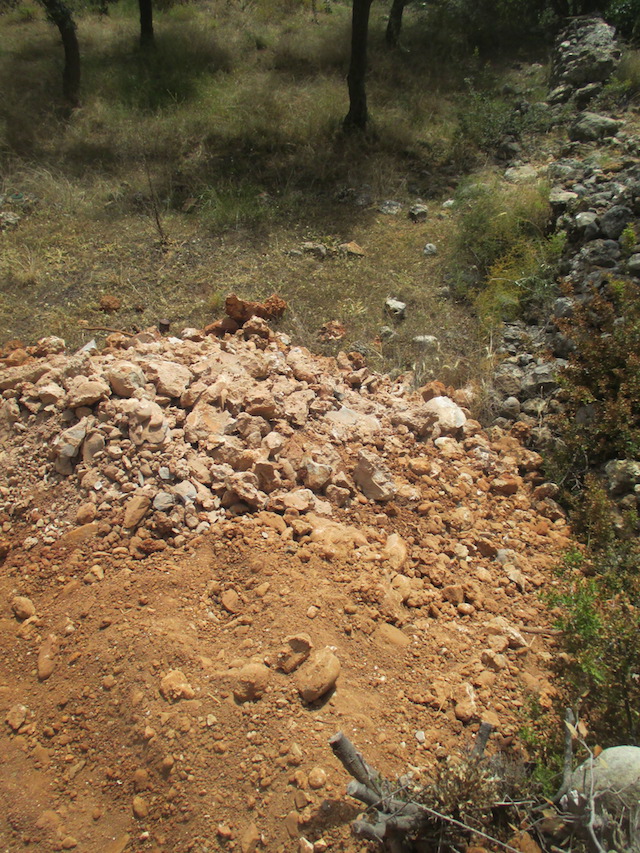 The workmen are now on their fifth day and this job is almost finished as you can see. Next up...tree removal. 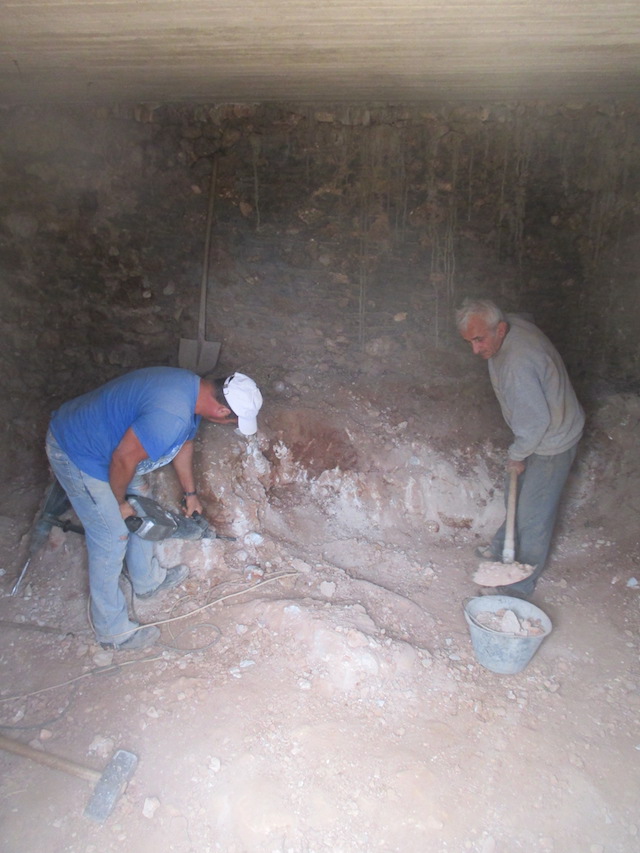 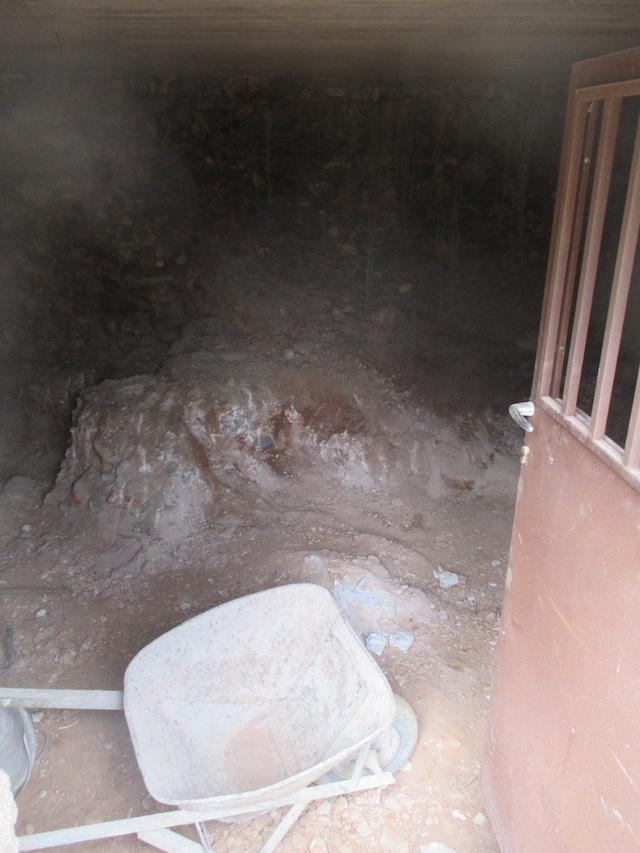 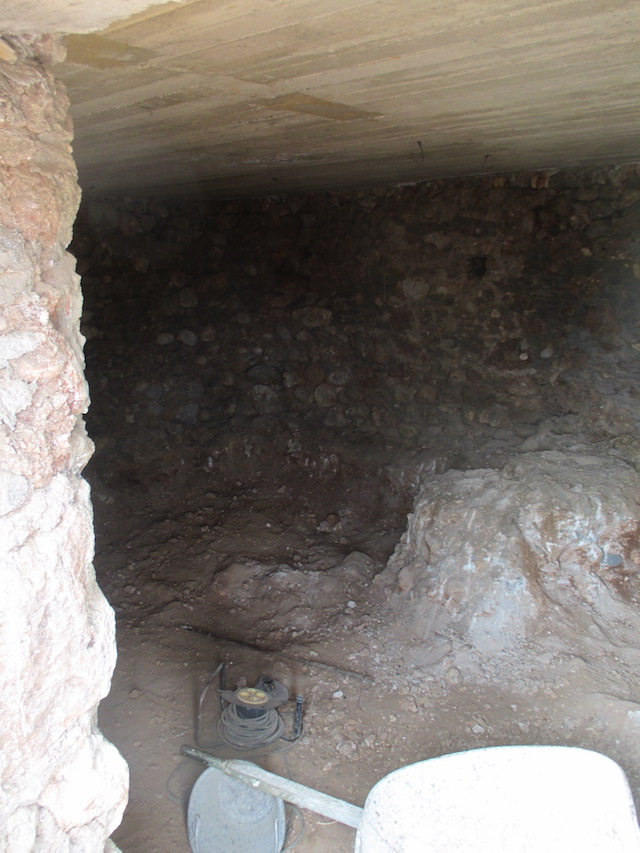 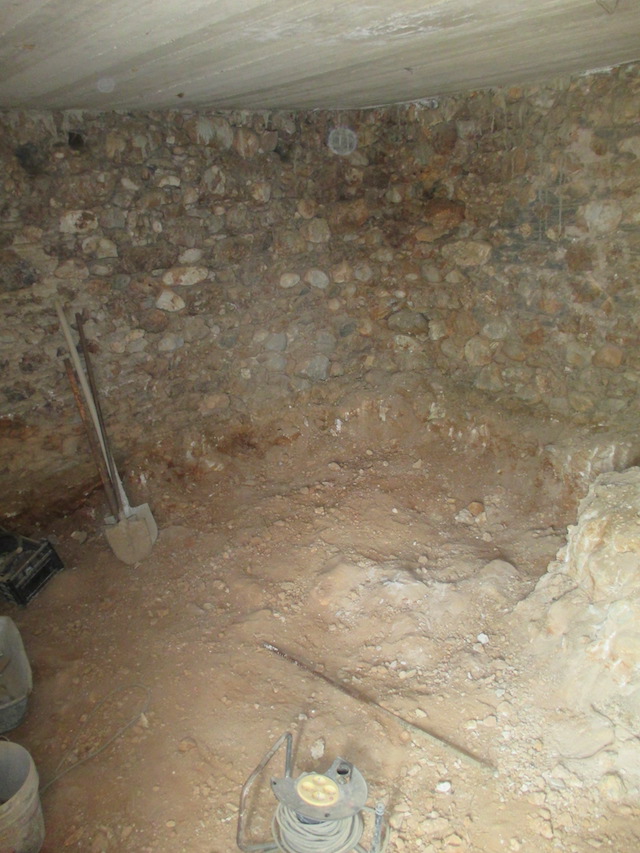