Photo Article from the Greek Hovel – the Frigana battle, I need to start chopping

As I have noted many times, killing frigana is very therapeutic. To date this year, the weapon of choice has been poison and as you can see below, that has worked in places to very good effect. This is a patch I sprayed about a week ago and it is already on its way out. Leaves that were a shiny green are now visibly browning and pretty soon this whole patch will be a golden brown. But sadly that is not the whole story. 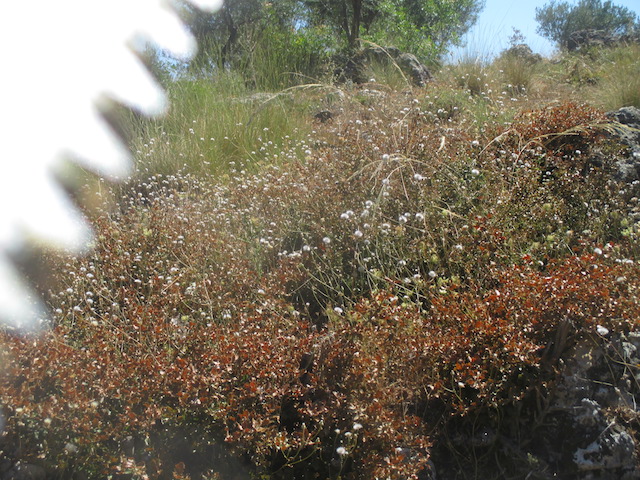 As I continued pruning my olive trees on Saturday I headed to the furthest points of our lands. I would say that it is almost 1,000 yards from the front gate to the point where a wire fence marks a patch that was pure jungle from an isolate place where someone, I know not who, keeps a few chickens and sheep. I did not actually know about this enclosure until a year after we bought the hovel so dense was the frigana at the far end of the land.

I always view the fight against the frigana as some sort of military conflict. The massed ranks of the enemy have largely been destroyed. But as you can see, a few large bushes remain. And in some places it is a bit more than a few. They ave held out against Nicho the Communist's spraying. Maybe some of the upper leaves are now golden brown but most of the square, I guess I now think of a British formation in the Napoleonic wars, has held firm. As Lady Thatcher once said, There Is No Alternative. TINA. 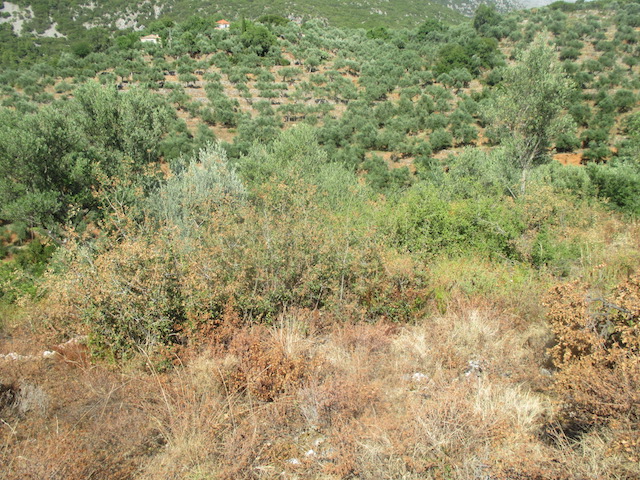 Tomorrow I must try to hope that my frigana cutting machine with its three pointed blade of death is in working order and I must wade in. The plan is to slash the bushes down to and including the roots and to revisit in August. At that point, I move forward from 1815 to 1916 and will, if needed poison again should new small green shoots be coming through.

Tom Winnifrith vs the frigana. This is not a battle this is a war. And we are now into the fourth summer campaign. Victory is in sight, onwards and upwards.