Over the past few days I have written a couple of times about my grandfather, Sir John Winnifrith, a thoroughly respectable fellow who ran the National Trust and was a staunch Bennite opponent of the EU. He was intelligent, sober and obviously not what one might term glamorous. But his little sister Joan was rather different.

Dubbed "The British Bombshell" at one point she moved to Hollywood as an actress using the stage name Anna Lee. Her son, my father's cousin Jeff gave Tatum O'Neill her first on screen kiss and raped Lucy Ewing in Dallas. He also popped up in Baywatch and having started his acting career aged eight  (Donovan's Reef) he is still in the business.

His mother's biggest role was Lila Quartermaine in General Hospital for years and years. In the final years as Aunt Joan needed a wheelchair, the Hospital adjusted its script so Lila could stay part of the cast.

I stayed with her briefly between school and University as I travelled around the USA. My abiding memory was of her explaining that to deal with the IRA we should just cut their heads off and put them on spikes on the London bridges. It would be fair to say that she did not share her brother's lefty politics.

General Hospital was massive in the US but not over here but you will all have seen her in one film at least...the sound of Music where she was sister Margaretta. Again that was a late middle age role. The photo below, posted by cousin Jeff, is from the bombshell days. 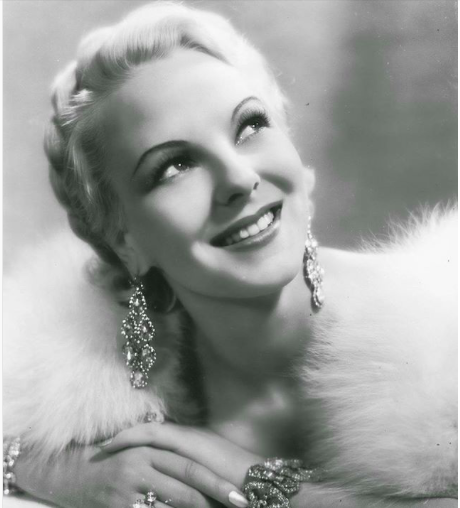