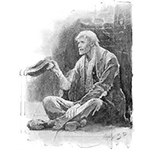 The word on the street is that - having raised £6.5 million (gross) at just 0.8p back in May -  UK Oil & Gas (UKOG) has been so startled by the spectacular - and largely unwarranted - re-rate of its shares that it is lining up another, much larger, placing alberit at a material discount to the current share price. The shares raced ahead again yesterday as private investors again fundamentally misunderstood an RNS.

The company gave a series of updates on Broadford Bridge which the morons took to mean that it is commercial or that there are signs that it may be. that is not what the RNS means. In plain English a leading oil analyst summarises thus: