Bath Spa University, the transexuals and the sheer cowardice of liberal academia 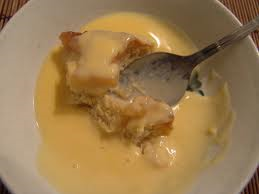 This is a bit sensitive as the Mrs is a senior lecturer at Bath Spa. This morning I wished her well as she headed off to campus to fill the empty heads of impressionable millennials full of left wing nonsense and told her that I hoped she enjoyed the book burning or whatever else was planned by her cowardly employer today. For Bath Spa is in the news.

Therapist James Caspian paid Bath Spa (until 2005 a college of Higher Education) to do a thesis on people who decide to reverse gender reassignment operations, what is termed " "detransition" in the politically correct Newspeak of 2017. Caspian is no dangerous evil right winger but is a counsellor who specialises in therapy for transgender people. He had observed a number of men who had had their gonads chopped as part of becoming women and then opted to reverse that call. Data suggests that c5% of trans folks decide to detransition.

If 5% make that amazing decision I wonder how many others consider it? We are constantly told by the trans community that they are imprisoned in the wrong body and all have a right to trans. Frankly that may or may not be the case but surely the incidence of detransitioning and contemplation of detransitioning is a worthwhile study. To ignore it seems wrong. But Bath Spa has now told Mr Caspian that he cannot do his study.

In the past, Universities encouraged debate, free speech and academic enquiry. No doubt some folks were offended by suggestions that the earth was not flat or that man was not created in seven days by God. Would Bath Spa have shut down research which investigated alternative theories too? Its decision is sheer cowardice by an institution obsessed with political correctness.

One can only imagine that the decision to detransition is the most appalling one to make. If academic research might allow fewer folks to suffer such torment what is to be lost in pursuing it?

I trust that Mr Caspian will be drummed off campus in a torchlight parade tonight while his research notes are thrown onto a fire also containing the books of Germaine Greer and anyone else questioning the one true narrative when it comes to transexuals. It would be offensive to allow any further debate on the matter.