And the liberal elite think they are smarter than we on the right? Hello Elham Khatami

The narrative of the liberal elitists is always the same. We plebs may vote for Brexit or Donald Trump but the smart folks vote the "right way". They just know better than we do. Meet Elham Khatami.

As you can see she edits "Thing Progress" which, as you can seem says it "moves news forward". That is to say it spews out a diet of liberal claptrap, fake news about Donald Trump etc.

What you cannot see - as she has removed it - is her tweet on the New York terror attack and the Las Vegas shootings whch suggesst that POTUS is a racist for his double standards on his desired treatment of the two murderers. She has deleted that tweet but luckily not before some right thinking folks did a screen grab and pointed out the critical flaw in her thesis as you can see below.

Sure Elham you are so much smarter than me, please tell me what I should be thinking next. 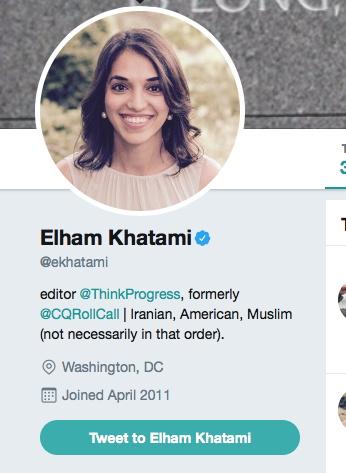 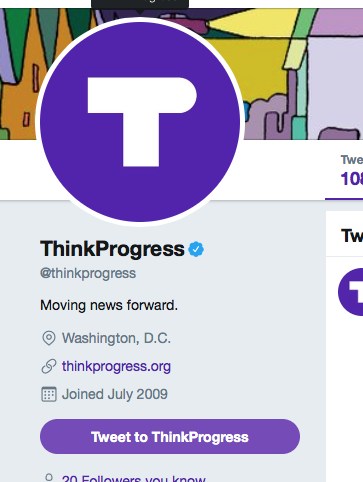 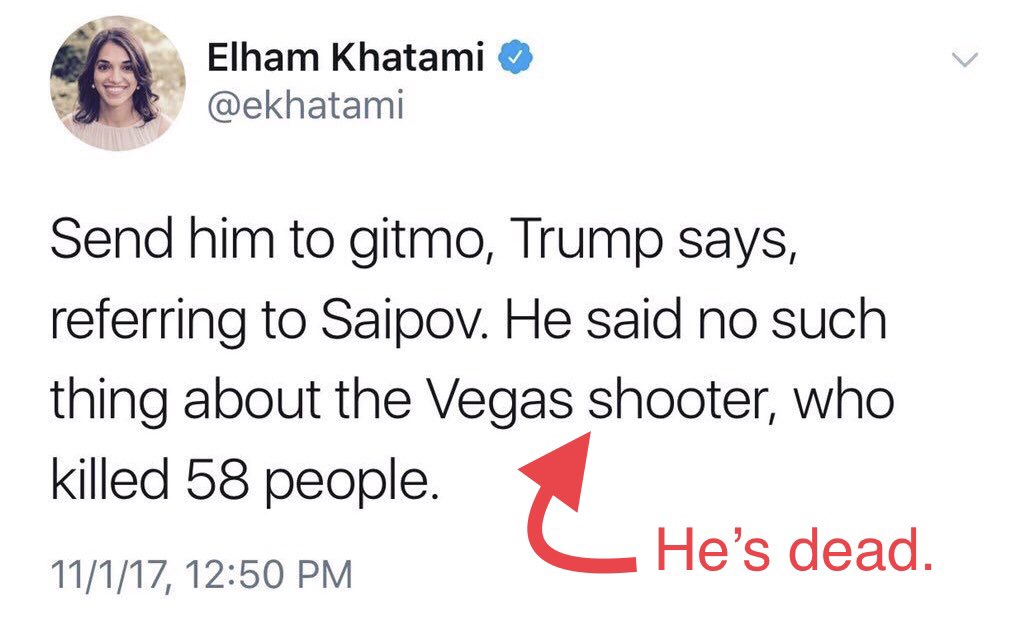