Photo article: The Greece you don't see - the Kalamata seafront and Taygetos mountains in December

I realise that it is colder in the UK than here in this part of Greece, the Mani is the most Southern part of the mainland. But to those who keep saying that I hope I am enjoying the sun here are a few photos from Kalamata this afternoon.

The first is of a river flowing into the sea. Nothing odd about that you say. Except that in summer the bed is drry and folks park their cars on it. Now it is in full flow. The photos that follow are of that placid sea, the Med and looking up into the Taygetos mountains that dominate Kalamata and then run into and along the centre of the Mani. Though I saw a few folks swimming earlier this week they were obviously prize loons. Suffice to say no-one is swimming today as the rain starts to get heavier and with a very strong wind whipping up the waves and making it feel a lot colder than the nominal 10 degrees. 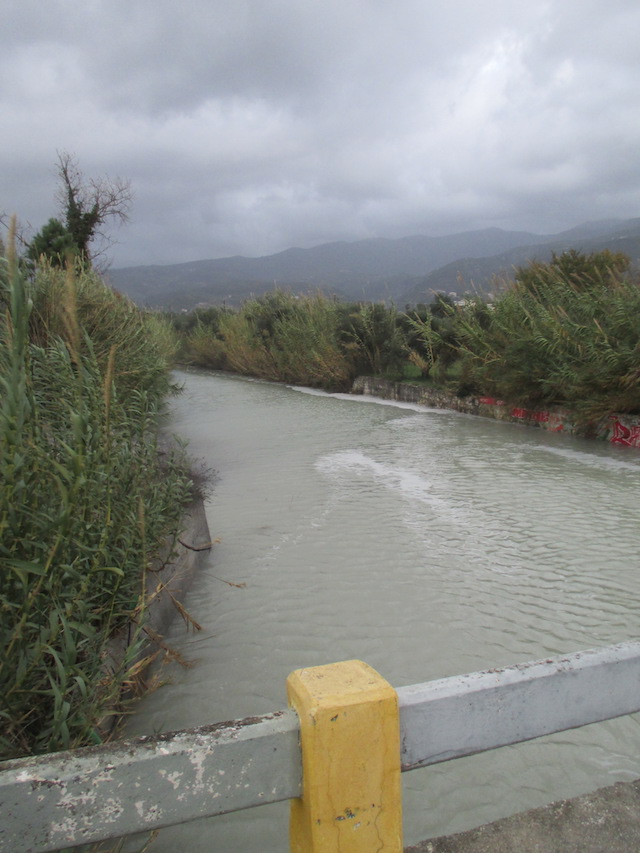 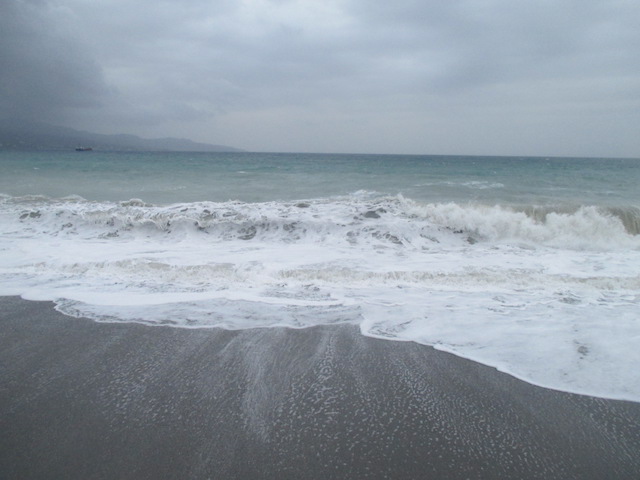 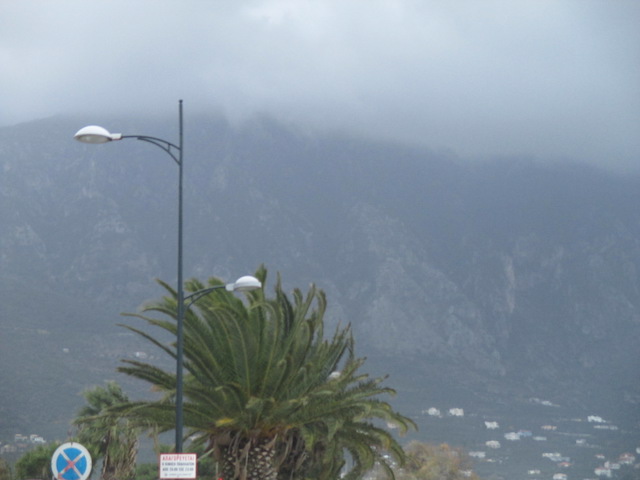 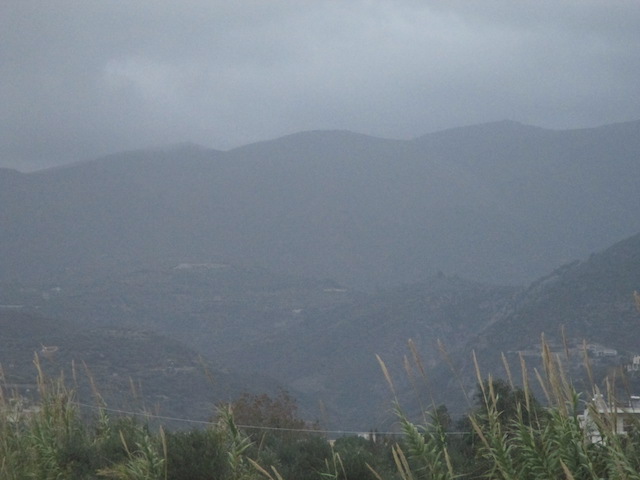 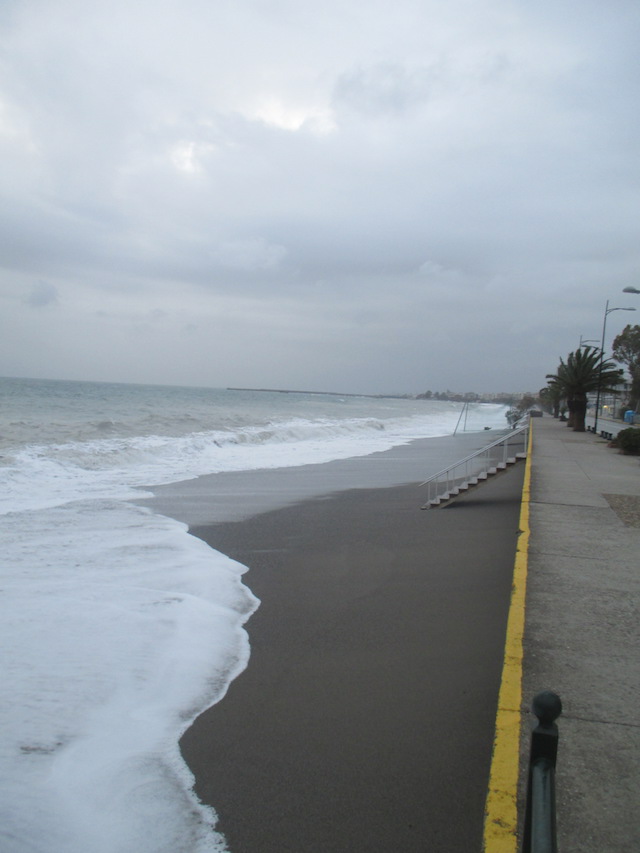