A kind reader in Australia has twigged that, despite rebuilding the Greek Hovel in an area teeming with snakes, I have a, perfectly rational, fear of the little critters and has thus taken to sending me photos and stories about them on a regular basis. Today's really is the stuff of nightmare and comes with photos.

His mate was just driving along when he noticed something on the driver's side window. The snake in question is a highly venomous red belly black snake. I would have jumped out the passenger side and left the car in the middle of the road running as fast as I could shouting snakes fuck snakes fuck. Natch the couple in question being hard Aussies merely stopped the car and removed it safely with no harm done to anyone.

Reasons not to go to Australia No 107 - snakes on the car. 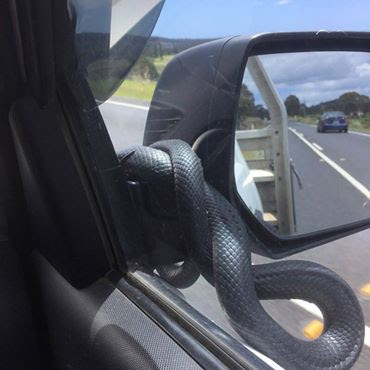 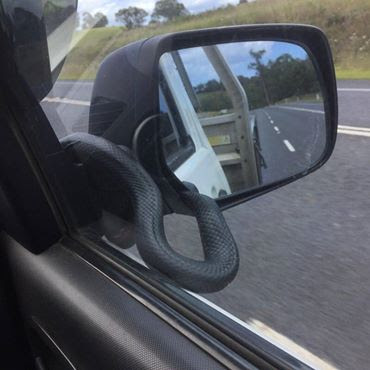 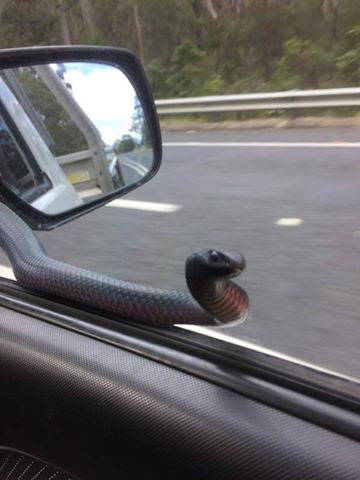 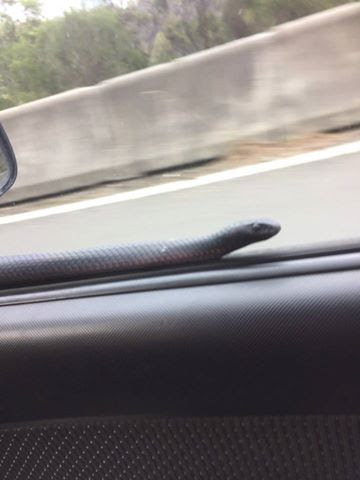