Photo Article: Visiting the memorials to my mother & my aunt in Salisbury Cathedral

It is half term and so I took the younger generation to Salisbury Cathedral where there are two glass panels in memory of my mother and my aunt, as the brass plate between them says, two women who died young. 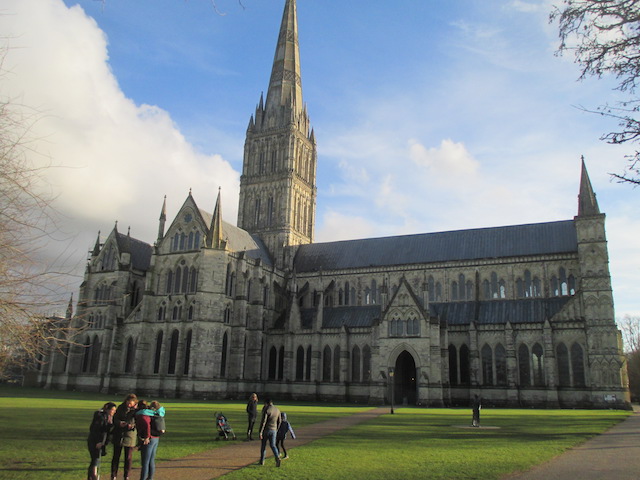 I have written about the circumstances of both deaths elsewhere, my mother made it to 37 my aunt to 28.

Before her final trip abroad my Aunt spent a day with the poet and glass artist Laurence Whistler and he created two glass panels in memory of her and my mother. The nature of my mother's death, suicide, meant that there were objections from some in the small village in which she and my Aunt grew up to these incredible works being put up in the small parish church where both women are buried. And so, Whistler managed to get them put up on the back of the organ at Salisbury Cathedral.

There is no mention of how the women died but folks stare at them wondering, I suspect, what this is all about. The images are from the Dorset where mum and Aunt Cly grew up, of Knighton House in Durweston, of Hambledon Hill and of the river Stour meandering through the fields. As you can see, this was Joshua's first introduction to two women he will never know. 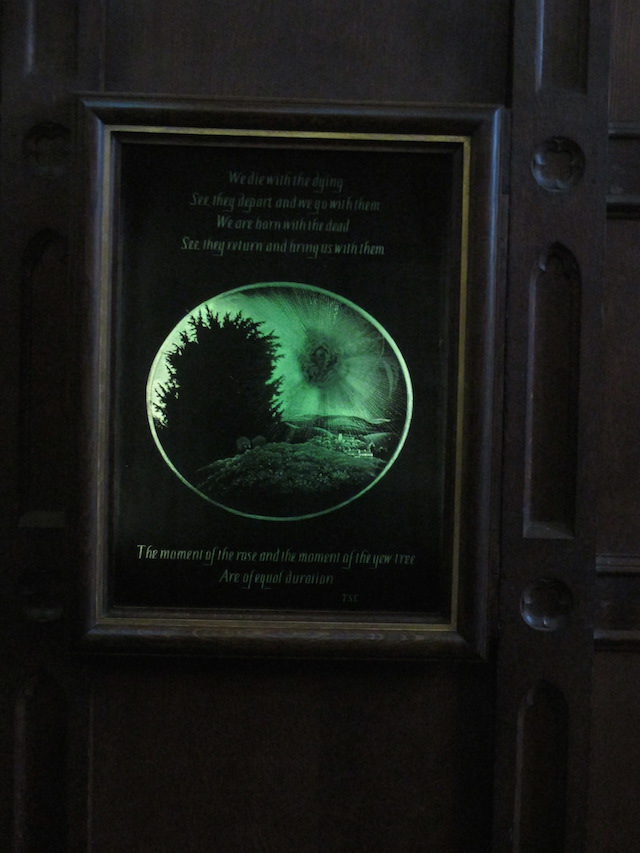 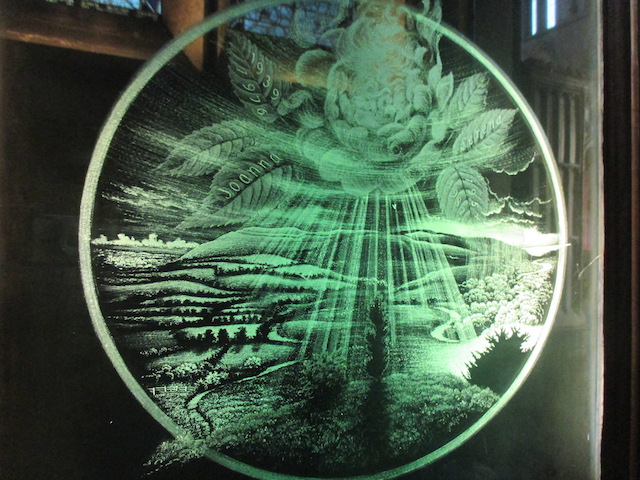 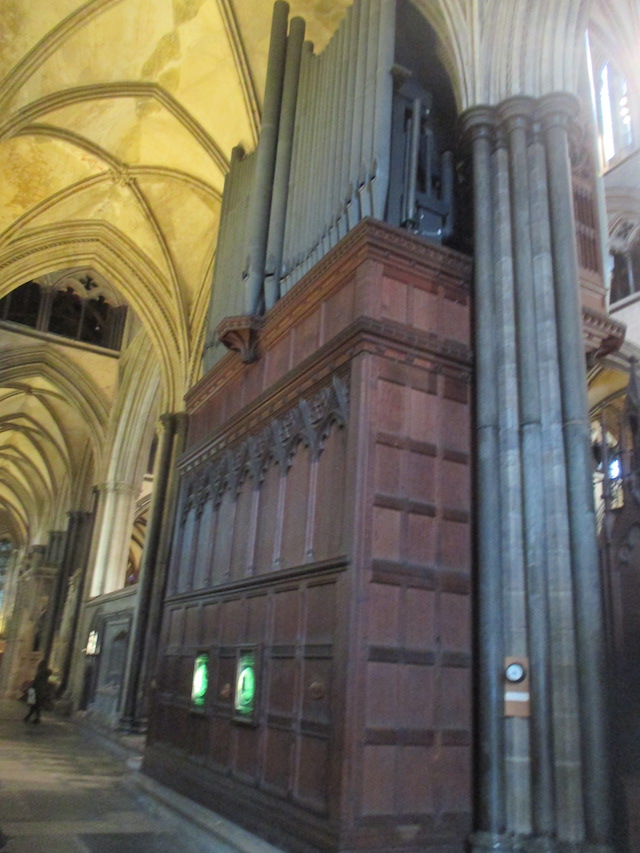 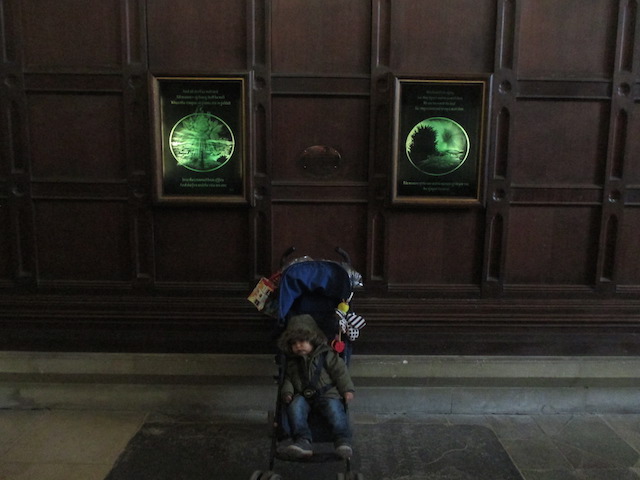