Photo article: A Spectacular view from the big ugly church in Kambos

There are at least five churches in the village of Kambos, the closest settlement to the Greek Hovel and a place with a population of 537. There might be more small churches hidden away somewhere that I have yet to find or have found but forgotten about. But the largest of the lot is the most modern and without a shadow of doubt the least pleasing to the eye.

Situated on top of the hill on which the village sprawls, this is the first thing you see of Kambos as you drive up into the mountains from Kalamata.I can say little in its defence as a building except that it is functional and unlike some of the smaller churches which can hold no more than a dozen and open just twice a year, it could hold most of the village which is a good thing as even the Godless in this part of the world go to Church a few times a year.

The other point in is favour is the view. Man builds ugly buildings which will one day crumble but the Taygetos mountains in the distance will be there forever and, the high reaches, are now fully draped in global warming. What a view... 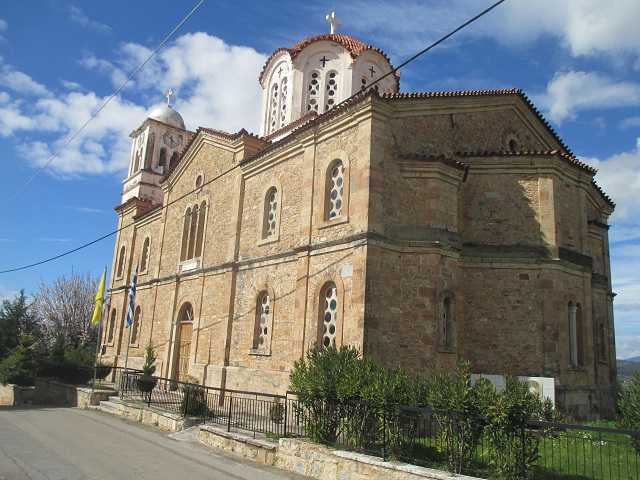 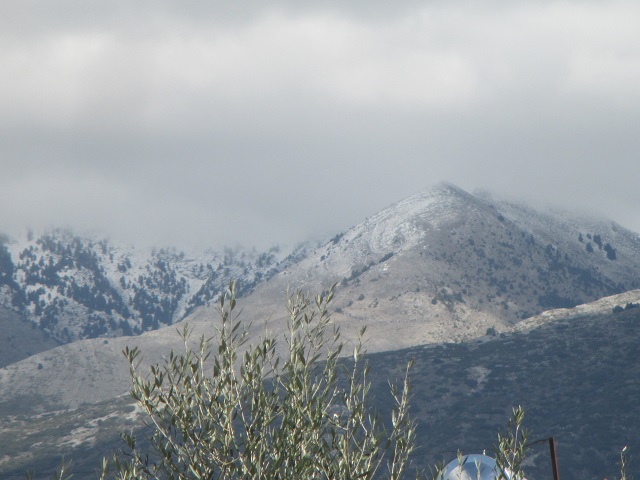