G3 Exploration, formerly Green Dragon Gas, and Greka Drilling - have you heard about the $12.5 million fine, the record falsifying and worse? 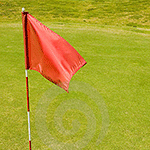 Anyone owning shares in G3 Exploration (G3E), the howler formerly known as Green Dragon Gas, or Greka Drilling (GDL) is bonkers given that both companies are in a parlous financial state but also given their track record of swimming through seas of red flags. Remember the bloody dossier? Well here is another massive red flag from the sister company also run by Randeep S Grewal, California based Greka Oil & Gas.

How did your mum die? Said the troll on the phone

Since late last week I have been getting repeated calls from a “Private Number”. Before I could answer the caller usually hung up. Occasionally I heard silence and then he hung up. I say “he” because today he found his voice.