I have written quite a bit about the brutal and borish Warwick School I attended where staff physically abused boys (including me) and got away with it, where sport was king and where diversity was despised. How times change as the photo below of Simon Lycett inspecting a guard of honour provided by the CCF ahead of his speech day talk demonstrates.

Simon was the guest speaker on merit. He is at the top of his profession (flower arrangement) and should be recognised for that. He was not invited as a token gay, at Warwick today his sexuality is irrelevant. I would love to hear what he said at Speech day. I do hope he chucked in a few grenades about the past.  That he was there at all is a welcome sign of the changing face of Warwick. Now perhaps it might go a step further and acknowledge its failings of the past in a very public manner.

Go on Warwick. In the next issue of the Old Warwickian how about one page less of greying photos of rugger buggers of days gone by and a genuine mea culpa? Floreat, floreat, schola Warwicenis. 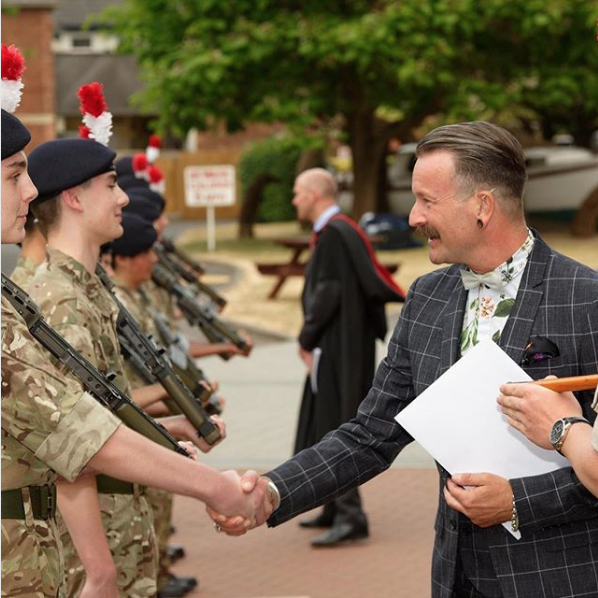