The big jobs remaining at the eco-palace are the second floor floorboards and the first floor ceiling for the new wing. That needs the unreliable windows man to get his fat arse back up to the Greek Hovel. As such I have declined to pay his most recent bill for 14,000 Euro. In the past I have paid him in advance. He gave me his word he'd be back up here today...he was not. So the bill is on hold until he pitches up again. I am playing hard ball... Meanwhile the tilers have almost finished their work as you can see below.

The photos are, in order, from the convent side by the Bat Room, the front approach and snake patio, the back of the building behind the new wing and the mountain side opposite the Bat Room. The final one is of the kitchen where the area under the Smeg cooker, Belfast sink, washing machine and granite surface and about two foot further out will be tiled. The view as i cook will be of the approach to the house and onwards and upwards into the Taygetos mountains.

Photo one has a grout between the tiles to match that of the walls, some of the other tiles are yet to be grouted. But the tilers are reliable and by close of play Tuesday the tiling and final resurfacing of the Rat Room floor will be complete and their job will be done. 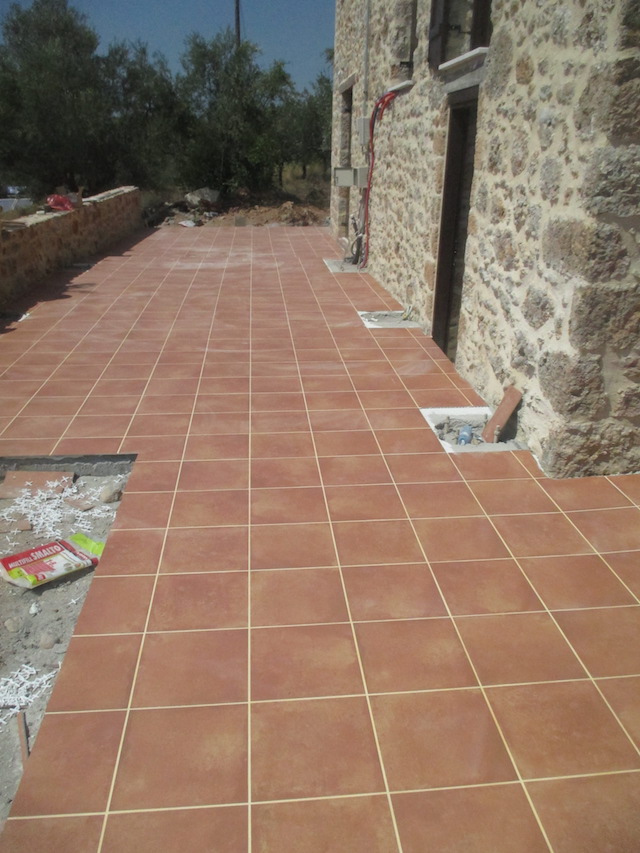 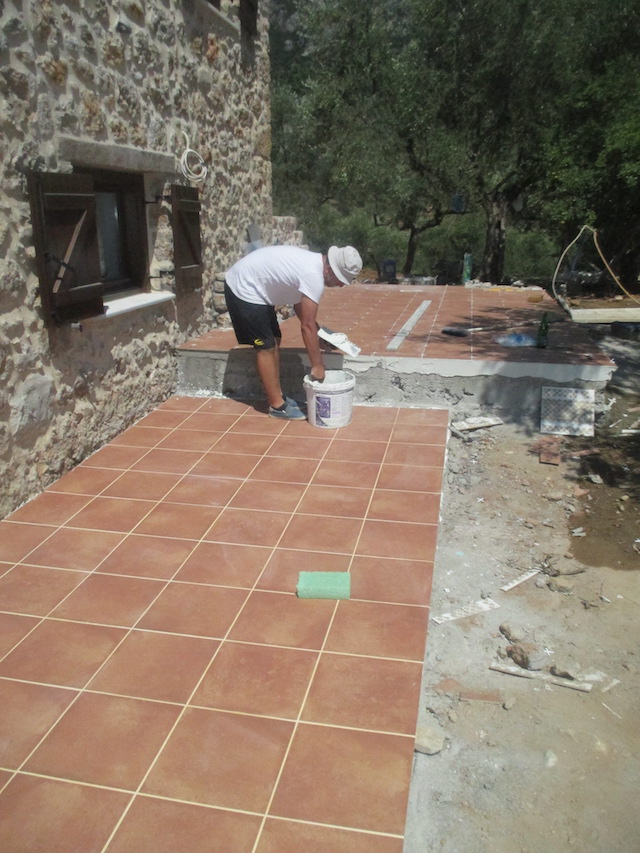 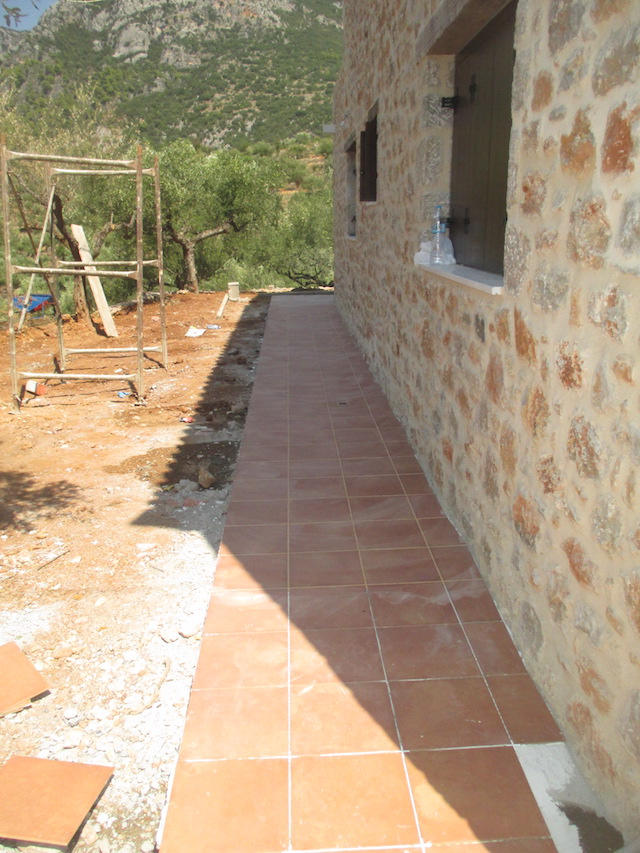 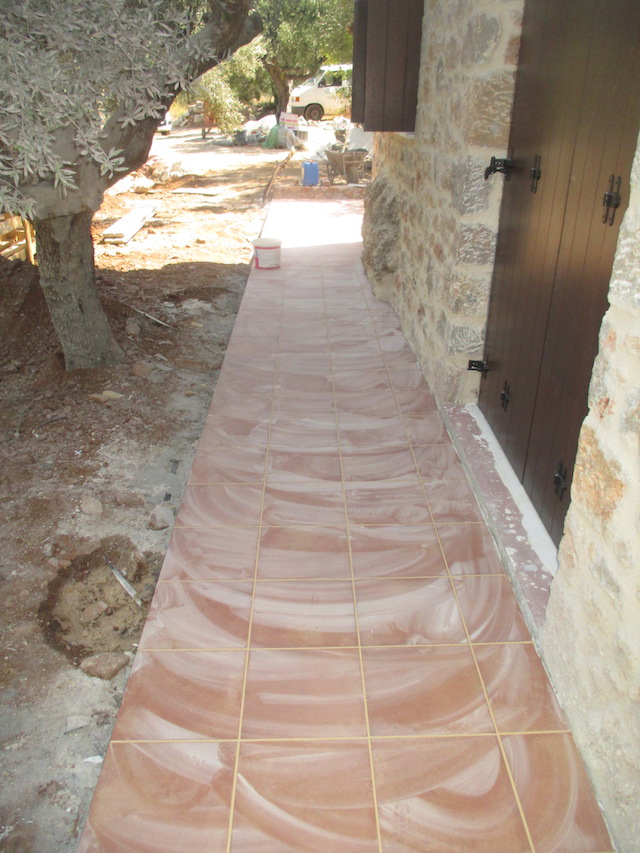 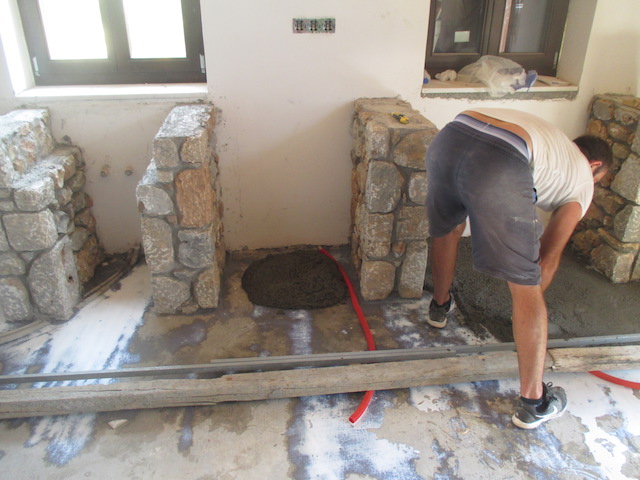