Photo Article: Another major setback at the Greek Hovel - I'm floored by this one

It is Sunday and our shutters were left open so we were a bit surprised and alarmed that about 8.30 there were sounds outside the Greek Hovel. Surely even the hard working tilers would not be labouring on the Lord’s day? We left the tilers to it and started to prepare Joshua for a day of walking with his father.

After about an hour there was a polite knock on the door. It was not the tilers but the unreliable windows man who had come to start laying the floors on the second floor.  But sadly the tilers had hidden the keys to the main door and he and his apprentice were locked out.  We looked and looked and then decided that the best way forward was for the apprentice to climb up through the rafters of the new wing which has no ceiling or floorboards thanks to you know who and to let us all in. Great. It worked.

Then she showed me the proposed floorboards made of real oak he said proudly. Uggh interlocking shiny things about 40 centimetres long, I could not believe it. Who has ordered these things which might look great in a mock Tudor house in Esher but are not what is wanted for an old style farmhouse in the Mani.

Heated phone conversations with George the Architect followed. I am not paying for these suburban bits of wood. I have always made it clear that I want long planks of darkened oak, 20 centimetres wide and two meres long, rough creations that look like they came from a tree not a factory. I am warned that I shall have no floorboards for weeks. So be it.  The windows man can at least put up a ceiling in the new wing.

He looked dejected. He slumped, his tummy spreading over his shorts and gasping on a fag as he contemplated trying to get the money back on the Esher floor boards.  And I almost felt sorry for him. 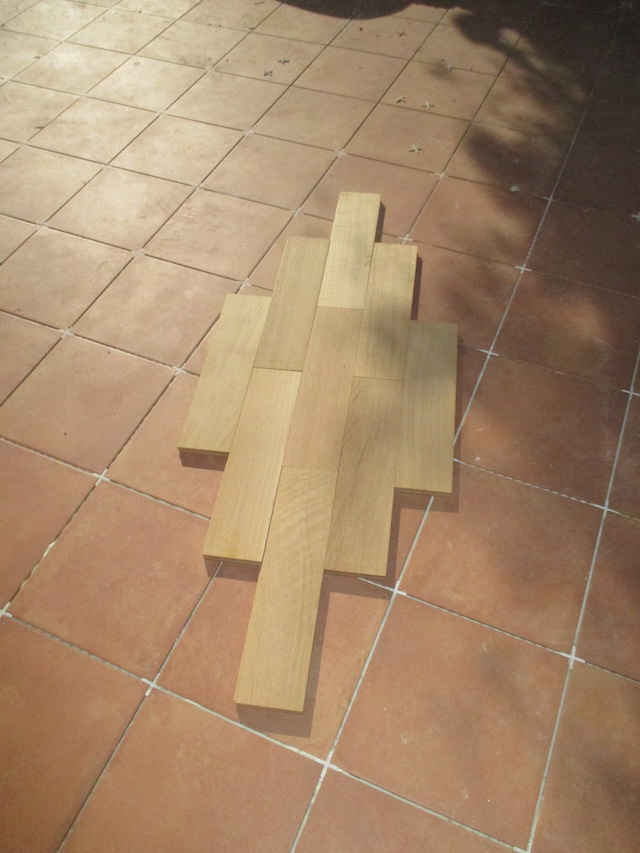 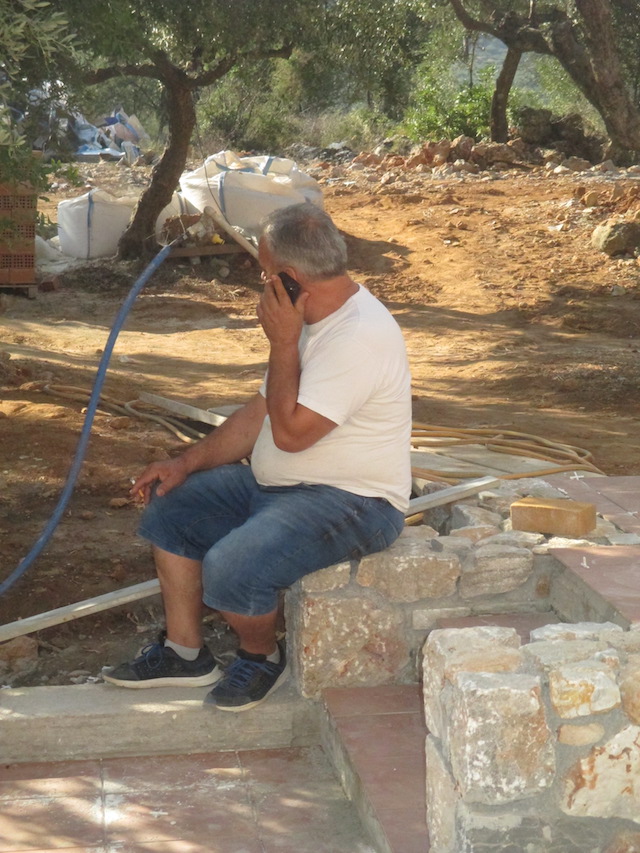