Photo article from the Greek Hovel - my olives are looking good, despite everything

Nicho the Communist is sitting with me in the Kourounis taverna in Kambos and says that his harvest this year will be so so. Pride comes before a fall but I think mine is, all things considered, looking good. Nicho says he will come and inspect this weekend which may be a reality check.

On the ground there is a good sprinkling of rotten berries killed either by the flies in the summer or knocked off by storm Zorba a few weeks ago. Notwithstanding that, the trees I have inspected so far are pretty laden with berries. Some are turning from green to purple and brown. Others stay green. That means nothing, all get chucked into the same press at the end. But they look big and the trees are fairly heavy with olives as you can see below.

Of course God could still throw in a hailstorm as he did last year or there could be another disaster before the harvest in early December but as things stand it looks good, to my untrained eye at least. 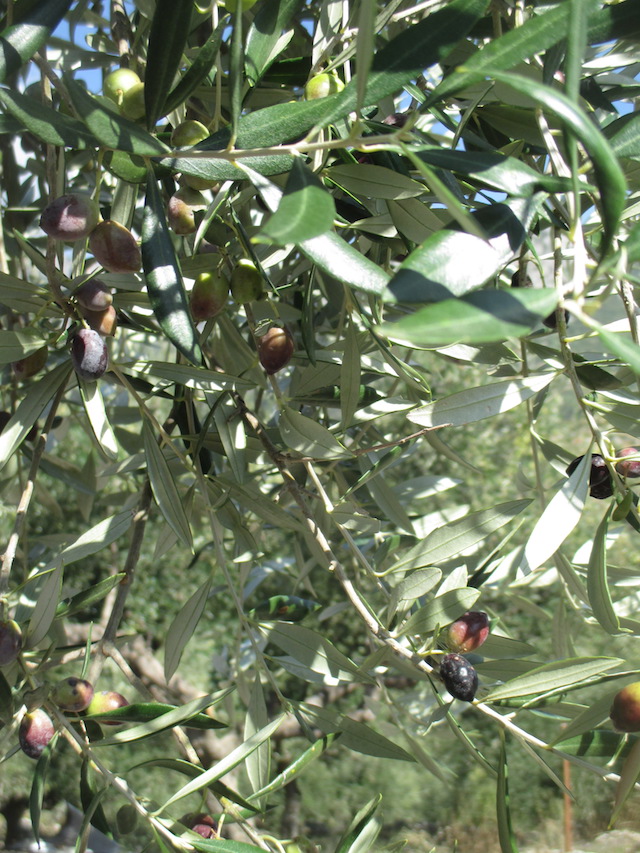 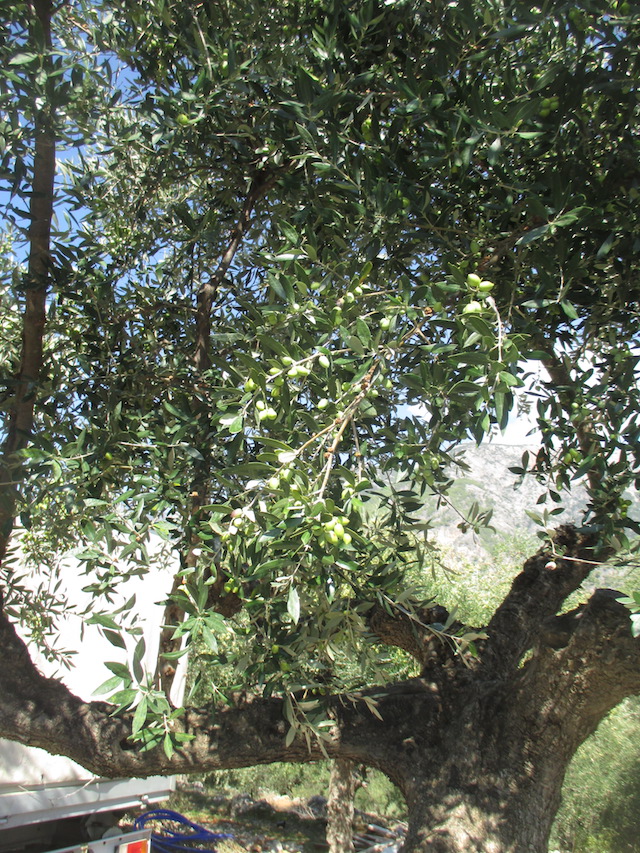