Photo Article: climbing Glastonbury Tor with the Mrs and Joshua

As I reflected in my weekend Tomograph newsletter, our time in the South West is drawing to a close. God willing and with fingers crossed, by mid April, the Mrs, Joshua and I will be in the Grim North. And there is thus a determination to enjoy our last couple of months here revisiting places we know well and going to see a few things which we have never seen before.

On Saturday we enjoyed a short walk around the Victorian cemetery at Arnos Vale which we know well, it was where Joshua’s christening party took place. The Mrs and I have enjoyed some quality time at Stourhead where, back in the seventies, my late Aunt Cly used to be involved in evening performances of Gilbert & Sullivan on the lake, which I remember going to with my grandparents.

There is Salisbury Cathedral where there is a memorial window to my mother and aunt and I should also find time to visit the graves of the two of them and of my grandparents further down the Stour valley. I am sure there are other places we should visit which will spring to mind.

Yesterday, for the first time I visited Glastonbury Tor. Joshua was persuaded that we were on a Gruffalo Hunt and was a real trooper climbing up towards the Tor. But the wind blew hard (now it sounds like The Bear Hunt) and I ended up carrying him up the steepest part and then all the way down again. We did consider (as happens in the Bear Hunt) going home at one point but there was a collective determination to reach the tower at the top which, as you can see, offered brief shelter.

The views over the Somerset Levels are spectacular. It was an ordeal getting there but my boy was a trooper, insisting as he held his mother’s hand on the steep climb that he was helping her get to the top. Whatever.  Next weekend I think it is Chew Lake, the scene of many happy walks over the years. 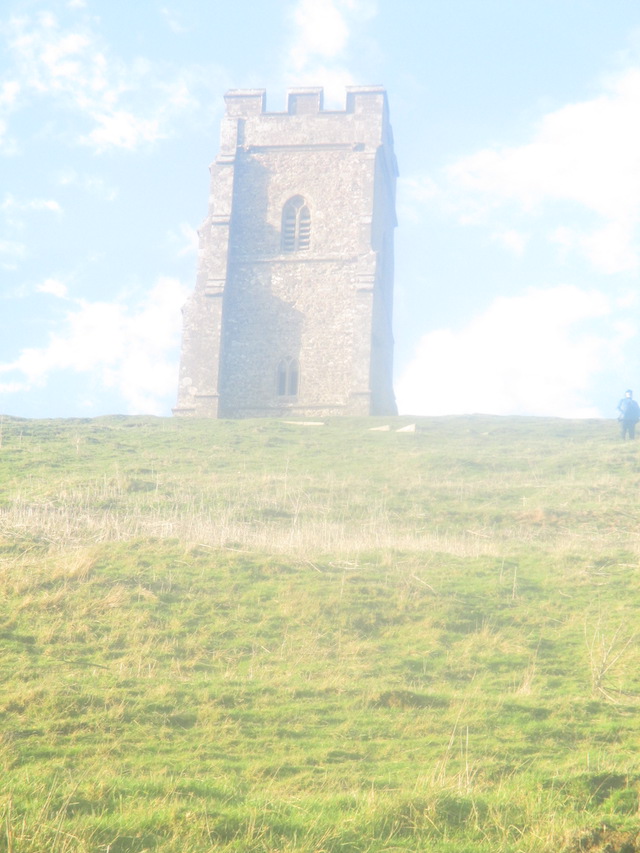 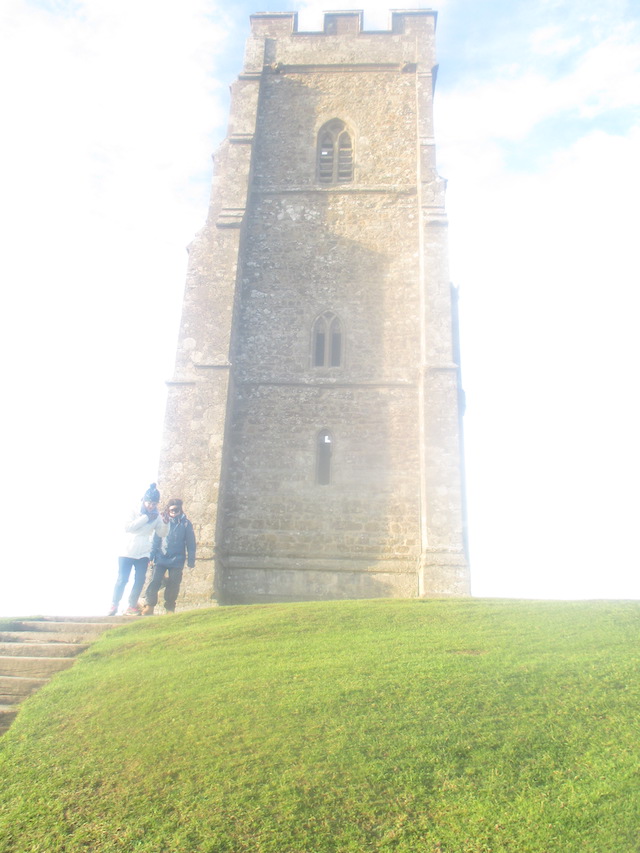 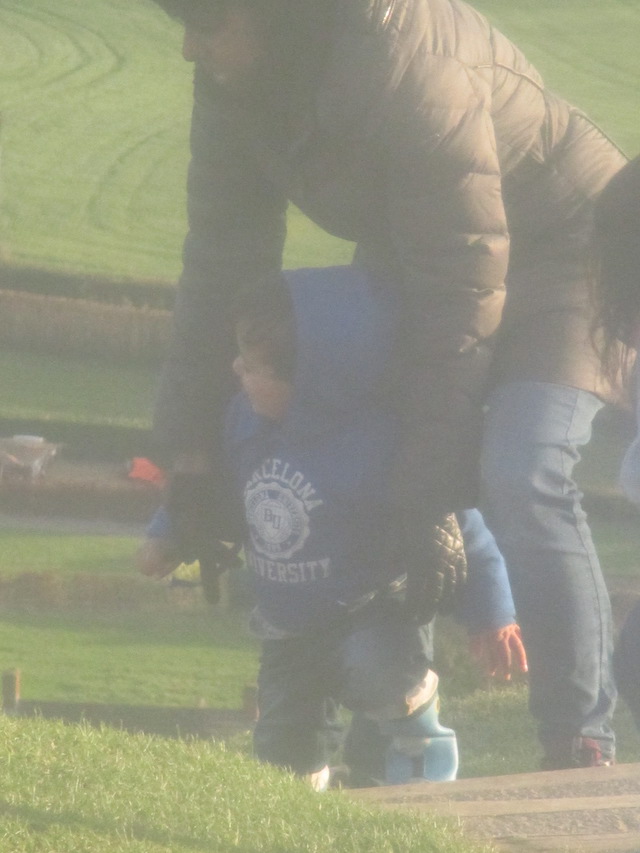 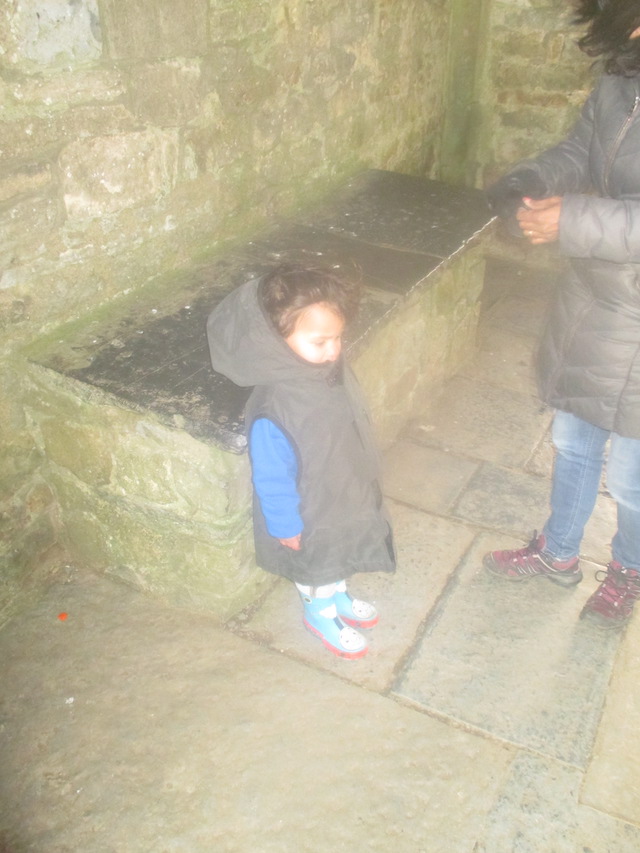 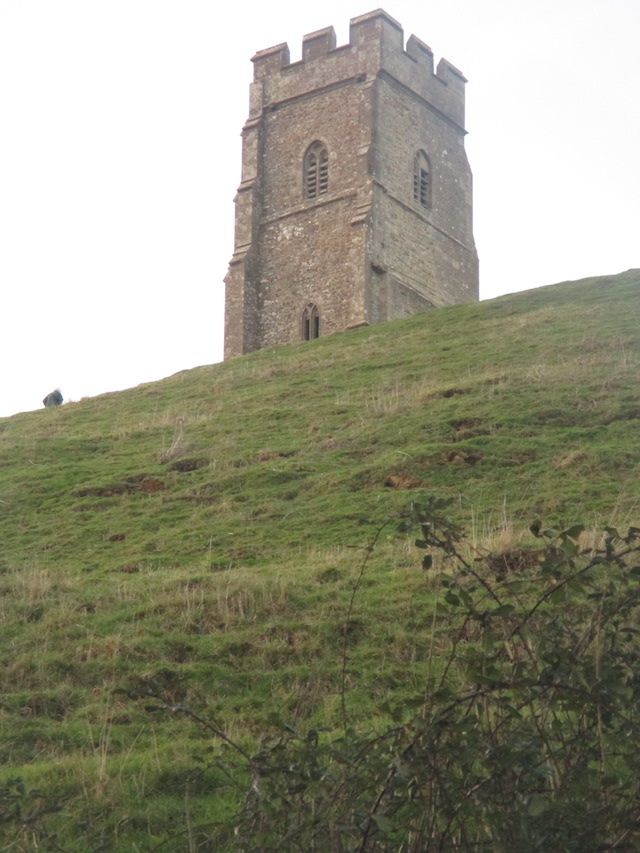 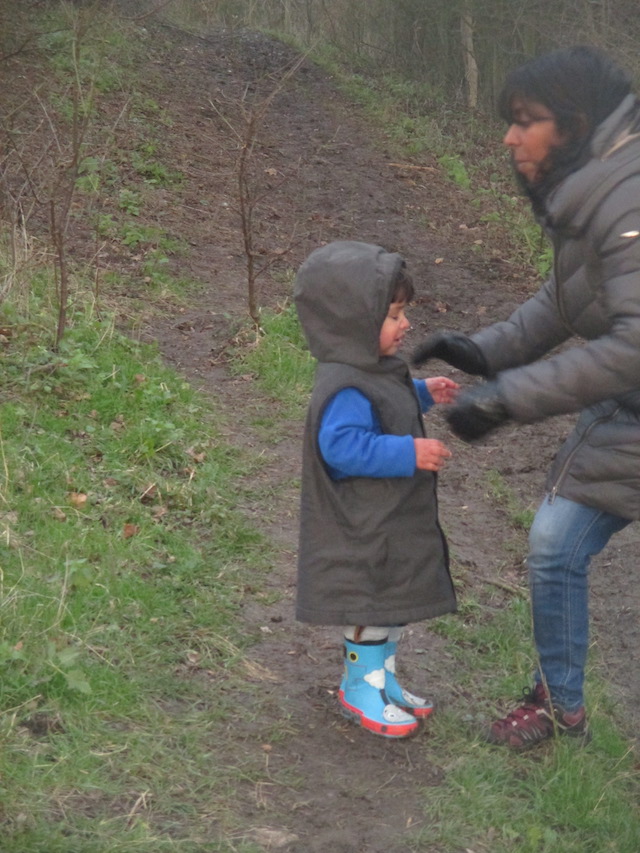