I sense that the folks who owned the Welsh Hovel in 1696 when the, otherwise good, King Billy introduced the Window Tax, shared my own view of tax, that it is state sponsored theft. as you will see over time, the then owners managed to dodge King Billy’s tax in two ways, one of which was simply to brick up windows with the idea that they could be re-opened when this ludicrous tax was repealed. These days the listed buildings regulations mean that you cannot unbrick them. Anyhow three new such windows were revealed over the weekend as you can see below.

The first is in the “hidden room”, a small room which the previous owners had sealed off for decades. So it needs a bit of work.  The room itself was, I believe tacked into the main house in the 1700s and prior to its addition, its interbnal wall was the external wall of the house. And thus, underneath the lime plaster I discover an old window which had already been bricked up when the hidden room was built.

Below it is the first view you get of the welsh Hovel as you head down the lane. Until Saturday that wall was covered with ivy as was the front of the house. Myself ands Joshua’s godfather Johnny removed all the foliage and, hey presto, two more windows appear. 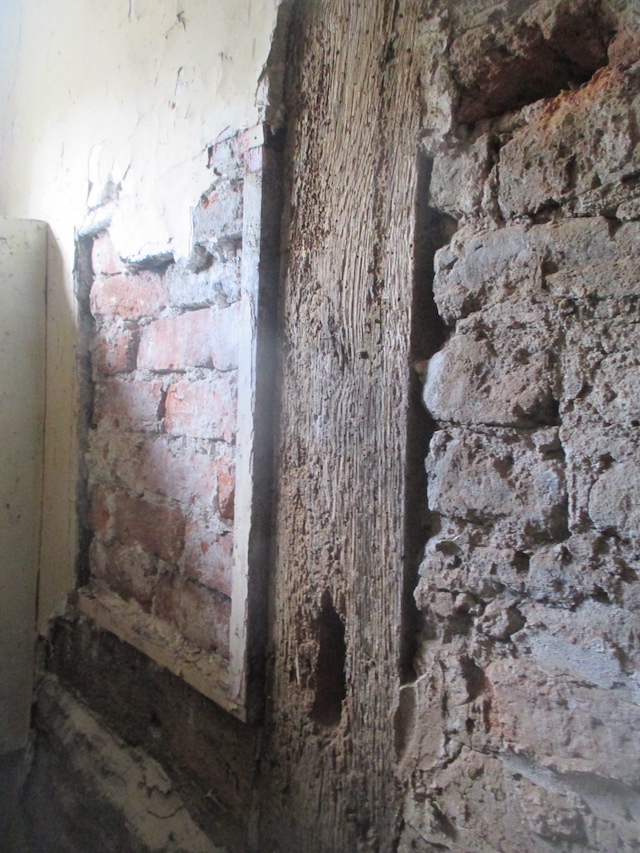 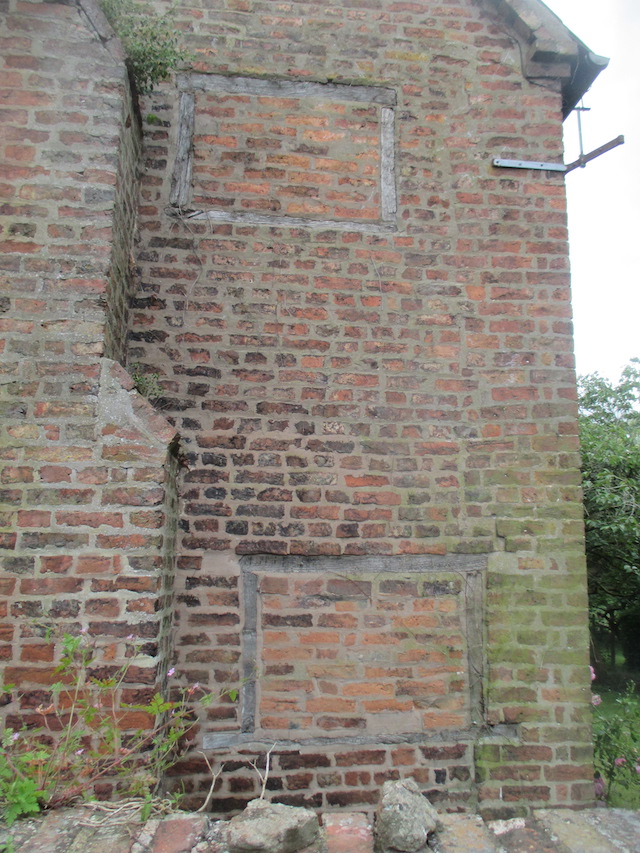