Photo article from the Welsh Hovel, a true hidden gem from pre 1700 emerges

I suspected that we would discover a gem here and I was not disappointed as Brokerman Dan removed the ghastly 1970s fireplace you can see below from the living room at the Welsh Hovel. This room was part of the original part of the house so pre-dates the window tax of 1696. It has another gem which Dan and I will uncover next week but today’s gem is also below.

Right now it is hard to capture it in its full glory as Dan has erected plastic sheeting to stop dust spreading across the entire room and that stops you stepping back far enough to show the full picture. But what you see below is a fireplace about five foot high topped by an oak beam. The stones at the side have been chiselled to give a bevelled edge. I stepped inside the fireplace and stood there looking up to the sky far above me. The one fireplace we do not have to work on is a similar structure already in place in the library, the other big downstairs room in what was the original house.

This is the second seventeeth century fireplace rediscovered in as many weeks, our listed buildings officer, a delightful lady from God’s chosen lands of Ulster, will be overjoyed. 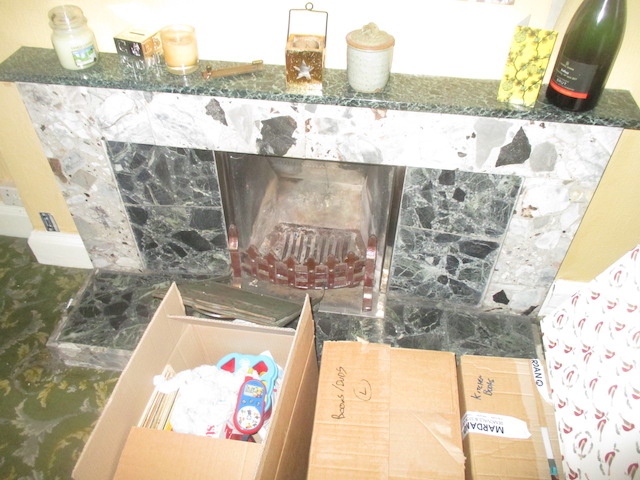 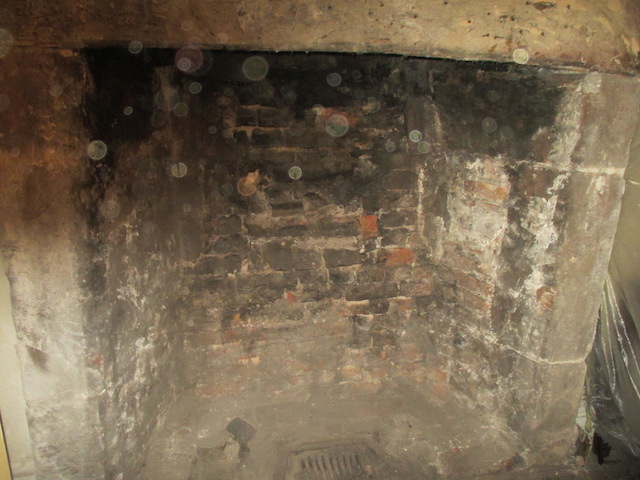