I rather disapprove of the way that Joshua associates Halloween with pumpkins. I see in today’s papers pictures of scantily clad young ladies out on the lash “celebrating Halloween” across the land and rather disapprove of that too. Long gone is the idea of All Soul’s Night and thoughts about what it meant. So what the hell? Pumpkin it was to be.  Anyhow, my time in New York left me rather fond of making and eating pumpkin pie so I relented and made plans.

Sadly the local garden centre that has been selling pumpkins like they were going out of fashion for weeks had none left. Thus I bought a couple of Swedes and discussed with the lady at the checkout how we both always used Swedes to make candles when we were kids. And in the one part of these Isles that still celebrates the festival that proceeded All Soul’s Night, they still use Swedes, as I remember from my time there.

Al Soul’s Night is another imposition by Christian incomers of a festival to blot out an old celtic festival, in this case the end of one year and the start of the new one. In the Isle of Man that older festival is still remembered as Hop-tu-Naa. The welfare addicts on the other side of the water have a similar word Hogmany but have moved that celebration to tie in with a Christian calender.  In the old world, you would have gathered in all your crops and would not be risking the rougher seas with any fishing by late October. So that was the end of the year, or the start of a new one.

And so I carved a couple of Swedes. and with what I carved out created a thick cream of swede soup with some sweet chilli sauce and prawns as you can seeb below. Joshua loves prawns. 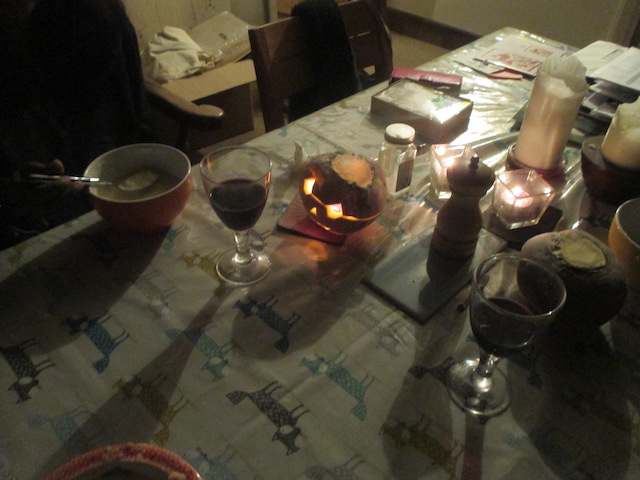 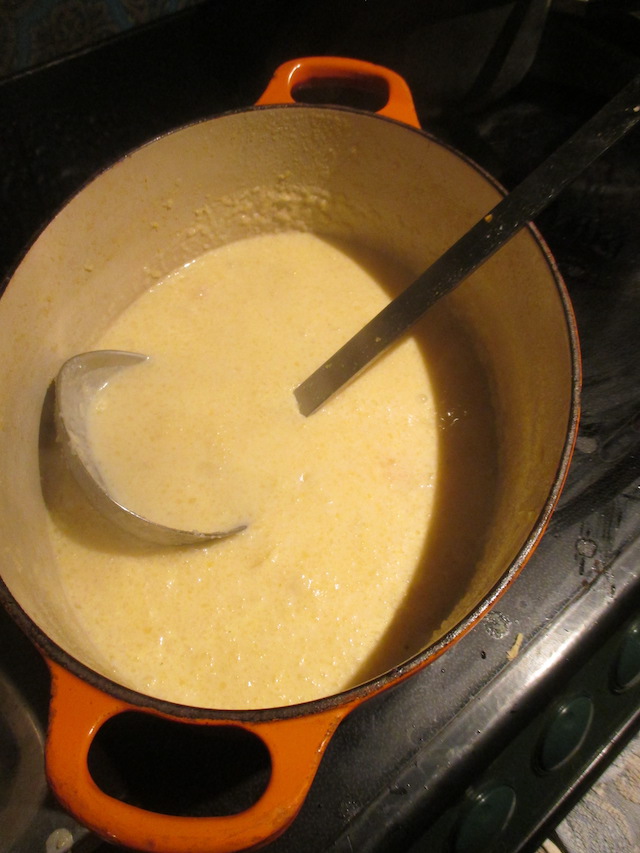