We are used to seeing professors and lecturers at low grade universtities and former polytechnics espousing utter nonsense as they indoctrinate young folk at what have become intolerant left wing madrassas. But you would have hoped that Bristol University would be above that. Think again, Meeet Professor Lewandowsky.

This man will be trousering £60,000 a year or more lecturing on psychology and climate change at Bristol. You would hope for a balanced approach from such a senior academic. But as he displays on twitter it is anything but….

It is your taxes that fund this lunatic and your kids being taught by him.  And if anyone dares challenge him to substantiate his views with hard facts or to suggest that his language is extreme, dangerous and intemperate it will be the challenger tarred as alt right, no platformed and sent to the Chestnut Tree cafe. Such is the liberal intolerance we see on campuses today of anyone deviating from The Guardian approved line. 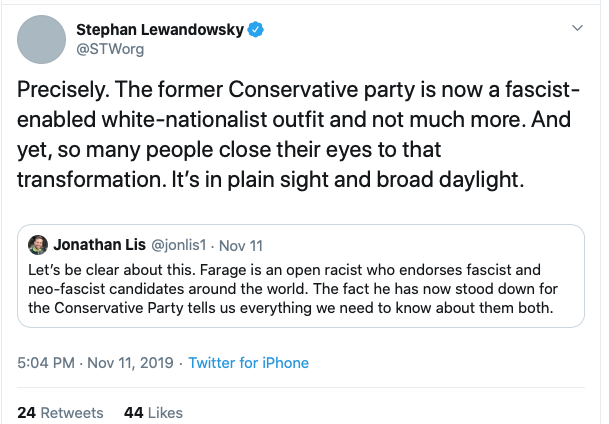 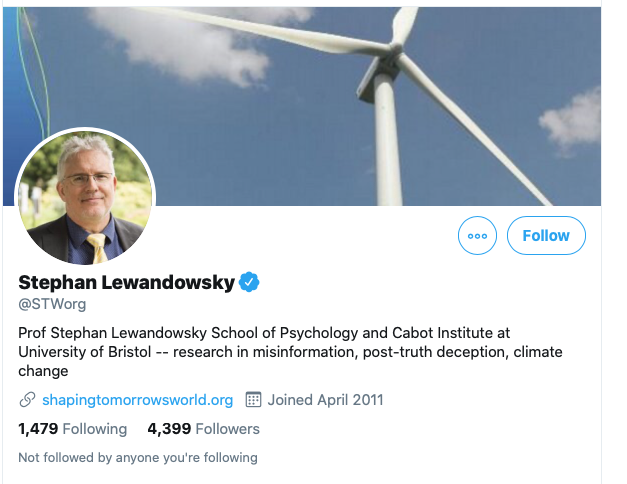