Do the young folk at Extinction Rebellion realise just how offensive they are as we commemorate Holocaust Memorial Day?

Surely everyone watching any coverage of Holocaust Memorial Day must have thought just for a second how truly evil the Nazis were? Okay not everyone. Mark Steyn once joked that if the Diary of Anne Frank was performed in modern day Holland, as the SS entered the house, half the audience would start shouting “she’s in the attic.” But leaving aside the chattering classes as they drone on offensively comparing life in Gaza to death in Belsen as factual and moral equivalents, most of us realise that the Nazis were utterly evil, deliberately slaughtering men, women and children.

Yet the young folks at Extinction Rebellion brand anyone who drives a car a Nazi as you can see below. That rather diminishes the real evil of real Nazis. What the climate loons may regard as humour, cheapens the lives of those who died at the hands of Nazis whether soldiers like my great uncle Francis who lies buried in Egypt, or, and perhaps more importantly, those who perished in the holocaust. 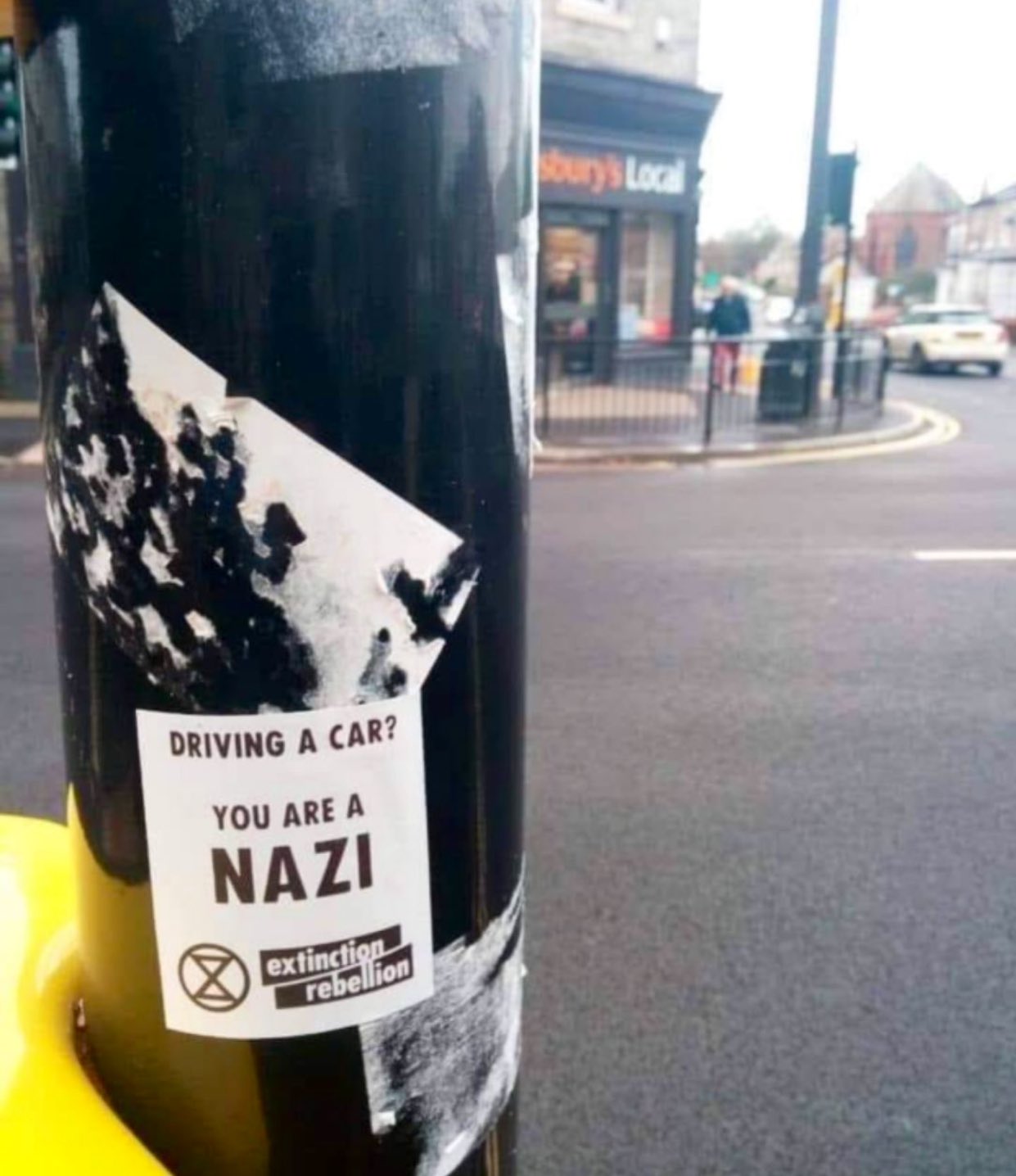